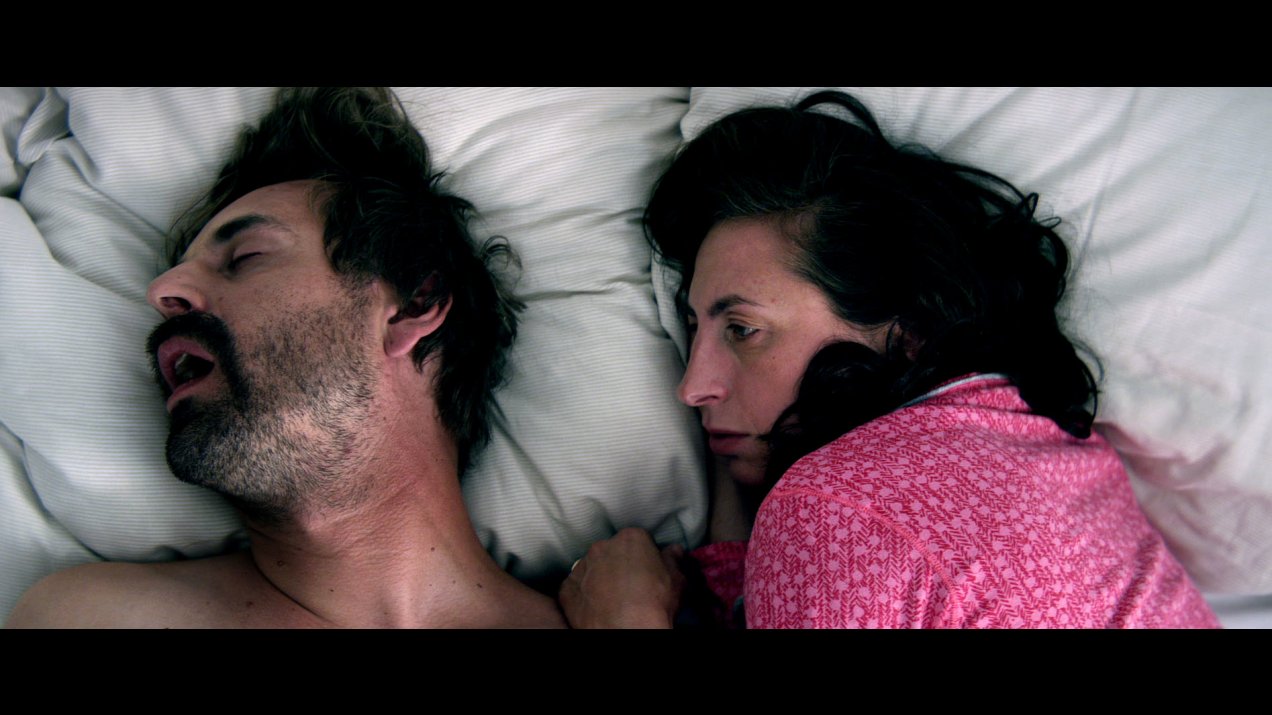 Martha and Alex are on the road. They drive an antique red car through a somewhat less magnificent landscape stretching between Lower Austria and the Czech Republic. Their relationship oscillates between carnal moments in nature and petty quarrels while driving. They don’t seem to have a destination. At a drive-in McDonald’s they ludicrously overorder, the munching progressing into a funny kissing scene. A minor roadkill provides all the suspense in Thomas Marschall’s ORDINARY CREATURES. Martha and Alex are now being followed. Yet the pace of the movie remains the same: a borderline surreal movement ostensibly just for its own sake. Beneath the surface of ORDINARY CREATURES, there is a bug’s life. Beetles and caterpillars seem to take no notice of the hippie rituals Martha and Alex try with a young girl they pick up on the road. The levels of “ordinariness” are highly mysterious in this very strange comedy. Rarely has deadpan had a stronger allure. Brilliant soundtrack, too, by the way.