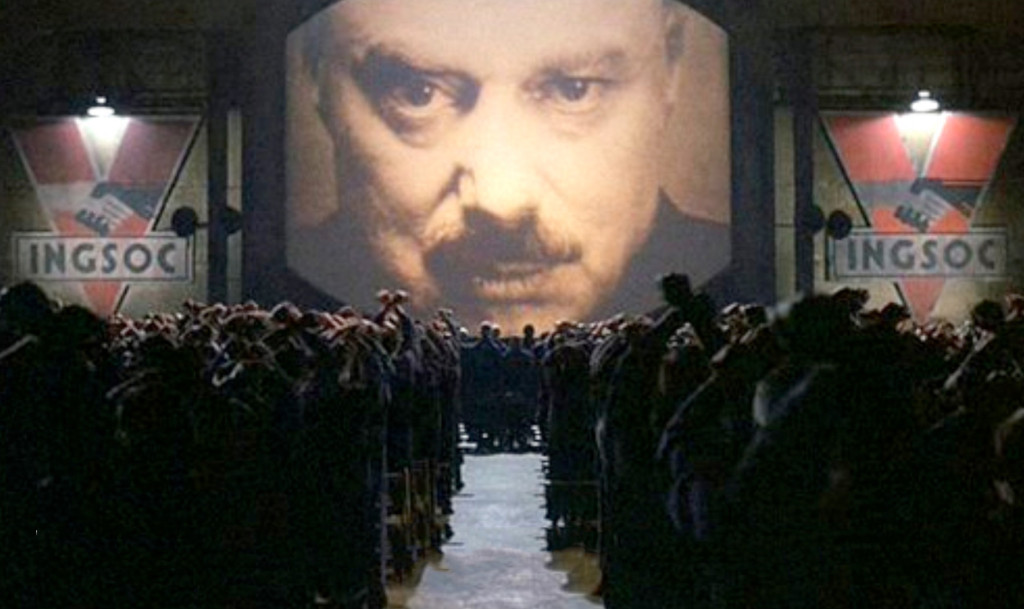 On April 4, 2017, almost 90 art house movie theatres across the country in 79 cities and in 34 states, plus one location in Canada, will be participating collectively in a NATIONAL EVENT DAY screening of the 80’s movie 1984 starring John Hurt, who sadly died last month. This date was chosen because it’s the day George Orwell’s protagonist Winston Smith begins rebelling against his oppressive government by keeping a forbidden diary.

The classic George Orwell story set in a world where absolute conformity in action, word and thought including loyalty to Big Brother is demanded. In 1984, the world is divided into three vast states, whose inhabitants are dominated by all powerful governments. Winston, a worker, starts an illegal love affair with Julia, and becomes the target of a brain-washing campaign to force him to conform.

All proceeds from this screening will be used by AIFVF to help campus and community groups co-sponsor future events at the Athena Cinema.
Presented in association with The Athena Cinema.

“Michael Radford’s brilliant film of Orwell’s vision does a good job of finding that line between the “future” world of 1984 and the grim postwar world in which Orwell wrote.” – Roger Ebert

“This ‘1984’ is not an easy film to watch, but it exerts a fascination that demands attention even as you want to turn away from it.” – New York Times