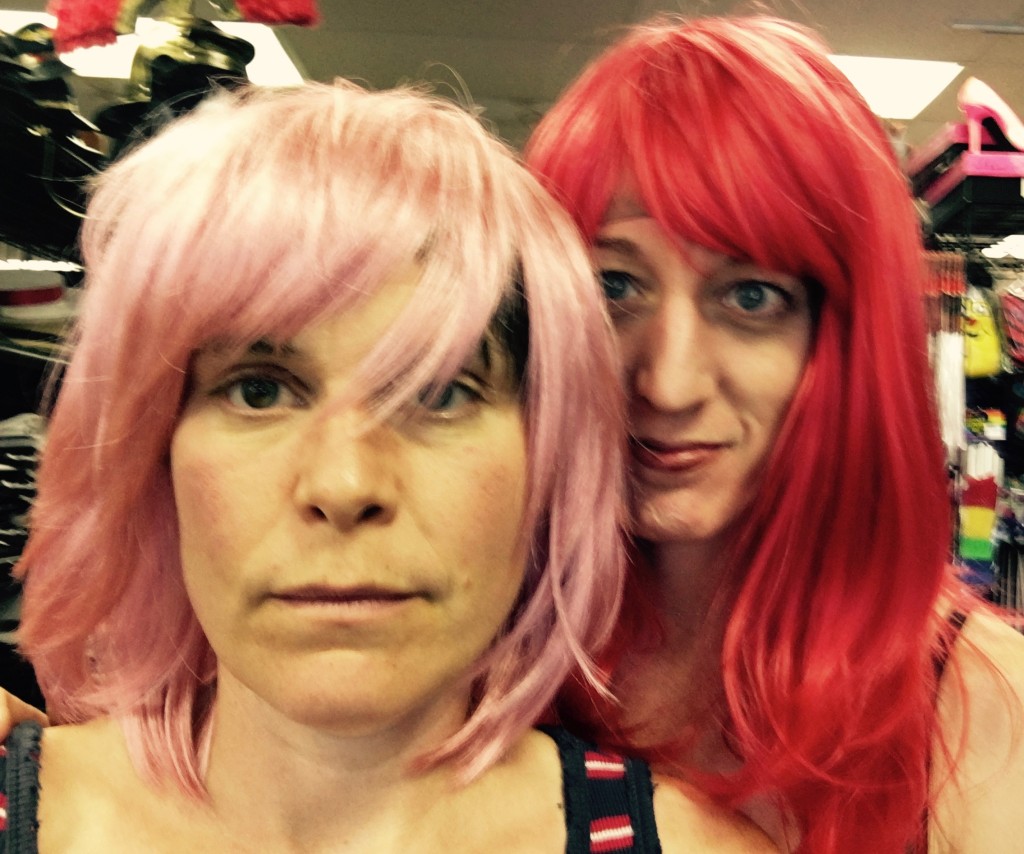 Shameless Light was first performed at the historic Lyric Theater in Carrizozo, New Mexico with reading of love letters from both the historical and the personal, and installation of video and neon light. Shameless Light engages in creation of new hierarchies as it offers desire, relationship and the domestic as a lens through which to make new logic.

Strangely Ordinary This Devotion is a visceral exploration of feral domesticity, queer desire, and fantasy in a world under the threat of climate change. Utilizing and exploding archetypes, the film offers a radical approach to collaboration and the conception of family. Wilson and Leventhal collect and arrange images and moments that are at once peculiar and banal, precious and disturbing, creating resonance and contrast through experimental modes of storytelling.

Dani Leventhal was born and raised in Columbus, Ohio and is currently Assistant Professor of Art at Ohio State. In 2003 she received an MFA in studio arts from the University of Illinois at Chicago and in 2009 an MFA in film/video from Bard College.

“Leventhal collects and chisels moments, stories, and images, placing them within loose constellations rarely unmarked by the specter of death. Her cutting is intuitive, not systematic. Micro-narratives of birth, aging, awkwardness, and pain gradually take shape without ever fully congealing, as Leventhal allows her images to breathe even as she transforms their tenor through assemblage. The textures of the everyday are refracted through an intimate sensibility that dwells in the vulnerability of our fleshy bodies, our need for care and communion—and our cruelty”. -Erica Balsom for the 2017 Whitney Biennial catalogue.

Sheilah Wilson was born and raised in Caribou River, Nova Scotia and is currently Associate Professor Photography at Denison University. She has BFA from NSCAD University and MFA from Goldmiths College. Most recently she has been working on projects analyzing the traces between history, story and the land. She uses photography, video, and text as performative and documentary tools to pick through the seams of narrative and image.

“Conflating the miraculous with notions of chance and arbitrariness, Sheilah Wilson’s work alludes to religious motifs from a perspective of a sincere and heartbroken skeptic. It often centers around the empty center, an impossibility that she bravely faces while connecting history, land and personal experience into fluid and surprising actions within her artistic practice.” -from an Interview with Leeza Meksin for Temporary Contemporary, December 2012.