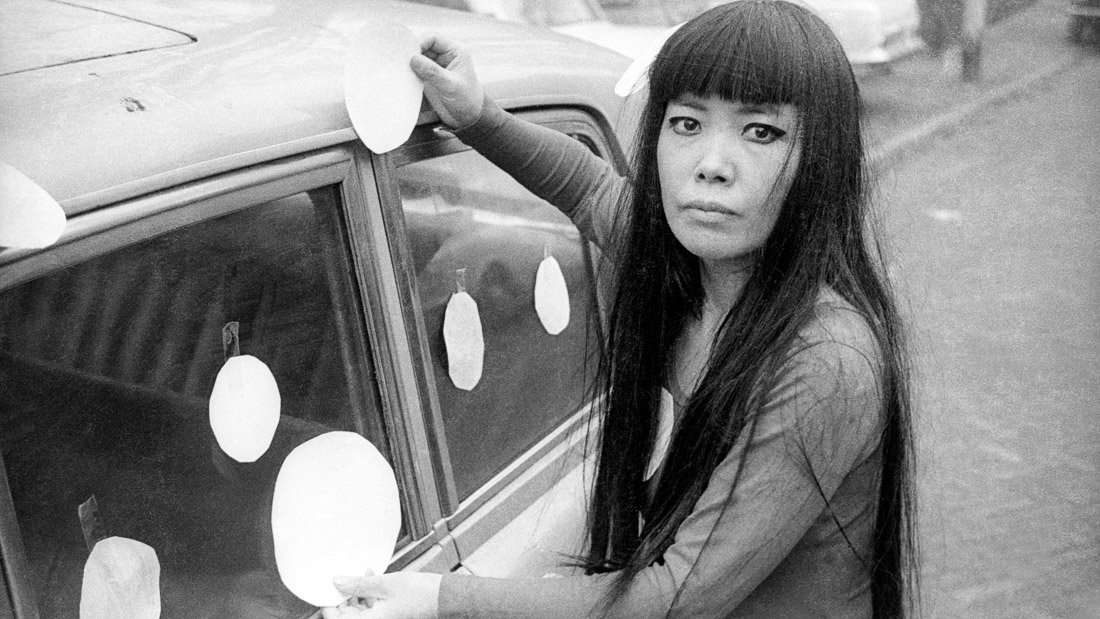 In 1958, a fledgling yet fierce young Japanese artist moved to New York City after writing to Georgia O’Keeffe to express admiration and seek guidance on how to break into the New York art scene. Miraculously, O’Keeffe wrote back, and an emboldened Yayoi Kusama left behind what she considered the conformist culture of Japan to assert herself in the Big Apple. Inspired by the 1960s American political and social revolution, Kusama’s avant-garde innovations garnered notoriety but little fame or success as she pioneered audacious and unprecedented soft sculptures, staged nude Vietnam protests, and fashioned dazzling polka-dot creations.

Encountering both racism and sexism in a realm dominated by men whose work often directly pilfered her concepts, she eventually returned to Tokyo and voluntarily retired to a mental institution. Only in the last couple of decades has the rest of the world caught up to Kusama’s radical vision. A documentary many years in the making, Kusama – Infinity lovingly finds a form that captures the ineffable power of her work and embodies the elusive yet magnetic voice of this genius only now, at 88, receiving her due.

“Kusama’s survival and irrepressible creative energy is an inspiring example for us all, especially women, and women of color in particular who still must struggle for recognition in a world that often seems determined to stack the decks against them.” -Christopher Bourne, Screen Anarchy