Wednesday, April 10, 5:00 PM
Followed by a Q&A with Mike Stern – one of the original “magicians” at General Magic 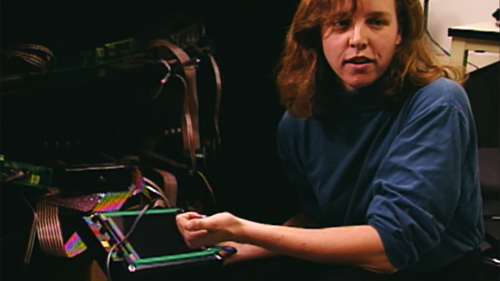 The side of Silicon Valley you never see, General Magic is a tale of how a great vision and an epic failure can change the world. Spun out from Apple in 1990 to create the ‘next big thing’, General Magic shipped the first handheld wireless personal communicator in 1994.

From the first smartphones to social media, e-commerce and even emoji, the ideas that now dominate the tech industry and our day-to-day lives were born at General Magic.

But this was before the Web, before 3G, before Google, before everyone had a mobile phone in their pocket. The world was not ready in 1994 to hold the world in its hands. And though General Magic died, those concepts and the people who pioneered them went on to change almost everything.

Combining rare archive footage with contemporary stories of the Magicians today, this documentary tracks the progress of anytime, anywhere communication from a thing of sci-fi fiction in 1994 to a reality in our pockets and on our wrists today.

With members of the original Mac team and the creators of the iPhone, Android, eBay and many more, this is the story of one of history’s most talented teams and what happens when those who dream big fail, fail again, fail better and ultimately succeed.”