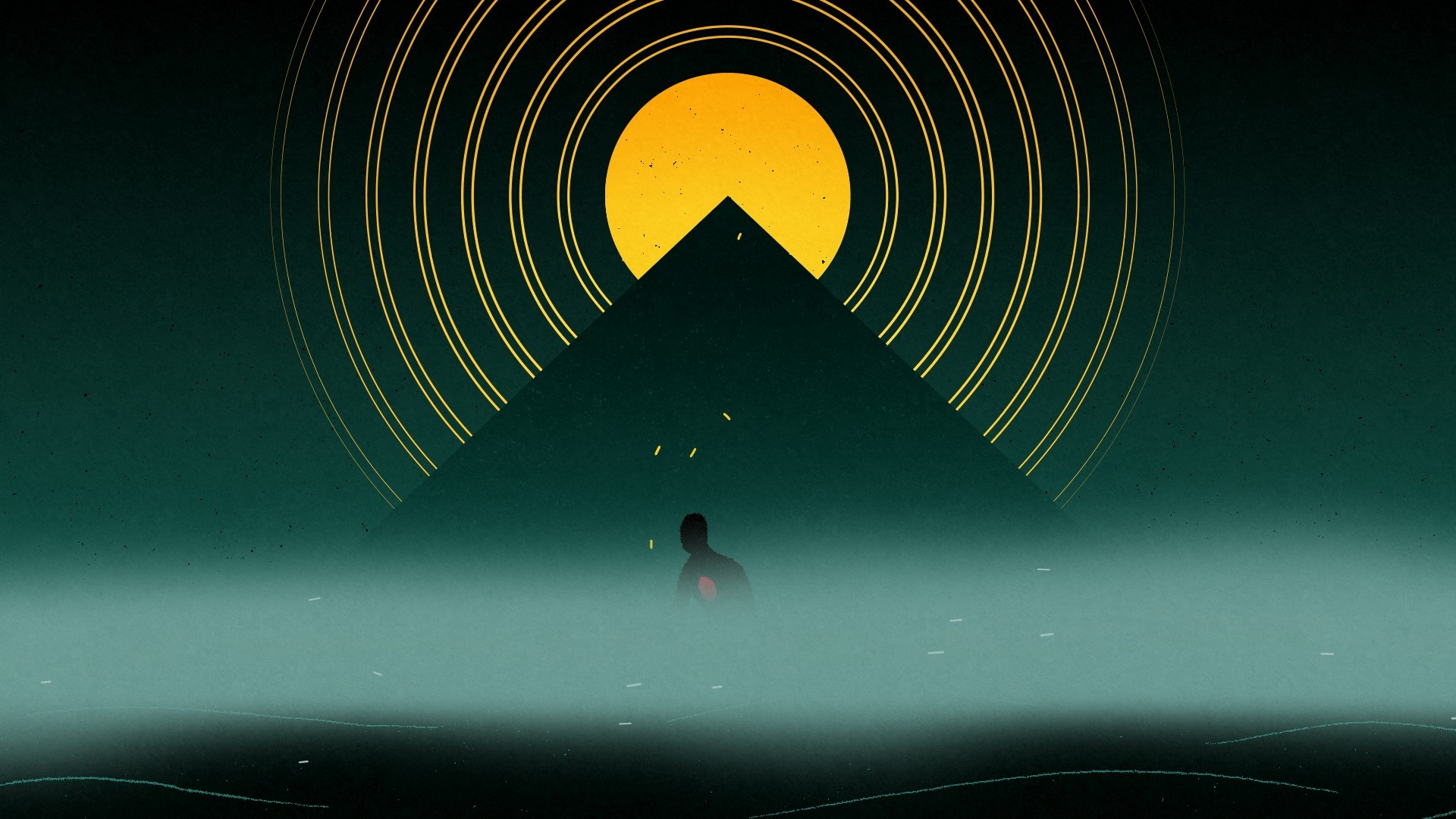 Through the Cymbals I Will Watch
Directors: Karlo Corona & Lorène Yavo, Animation, USA, 7 mins.
On a barren shore, an individual awakens and begins an arduous journey toward an illusory fate. 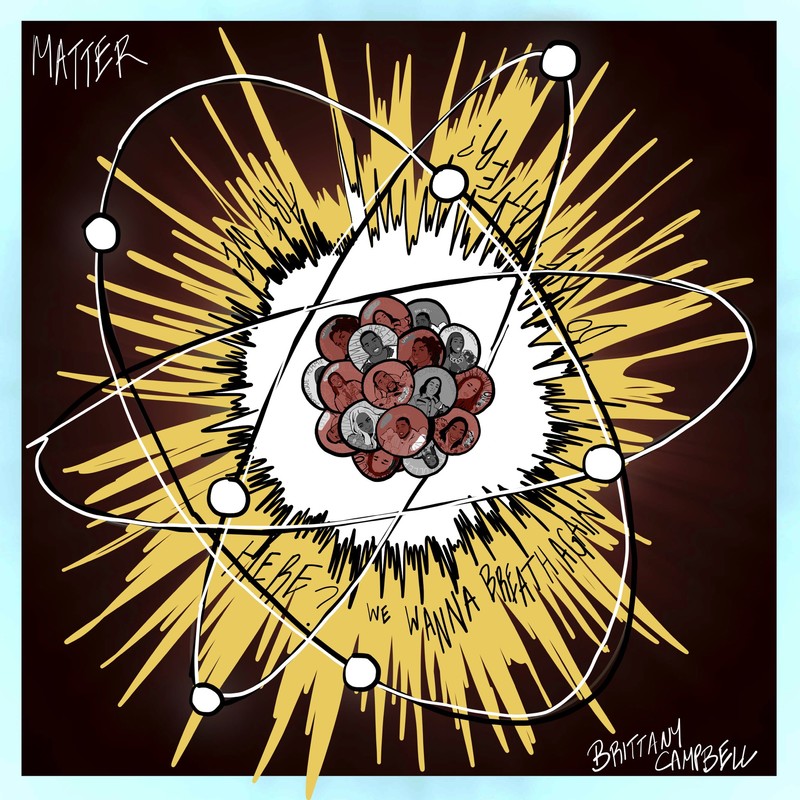 Matter
Director: Brittany Campbell, Animation, USA, 3 mins.
I wrote “Matter” when the protests started happening nationally for this resurgence of the Black Live Matter movement. I was creating a lot of art, at the time, (both visual and sonic) in tribute to Breonna Taylor, George Floyd, Ahmaud Arbery etc…A lot of the visuals used in the video are those very same pieces. 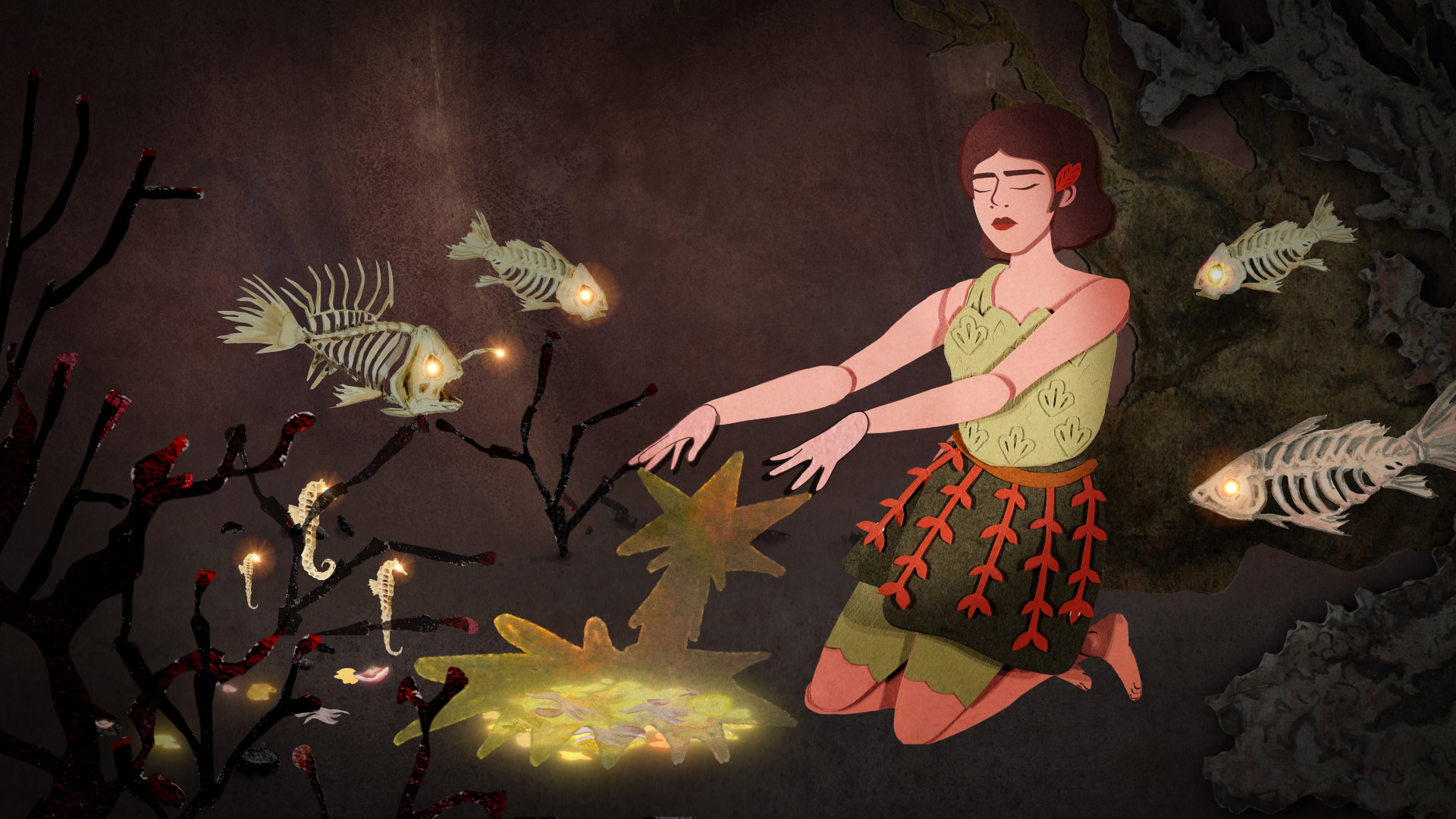 First Light
Director: Amy Lee Ketchum, Animation, USA, 8 mins.
Rising from the sea monster of death, a young woman’s ghost leads her grieving sister through the heart of darkness in search of light. 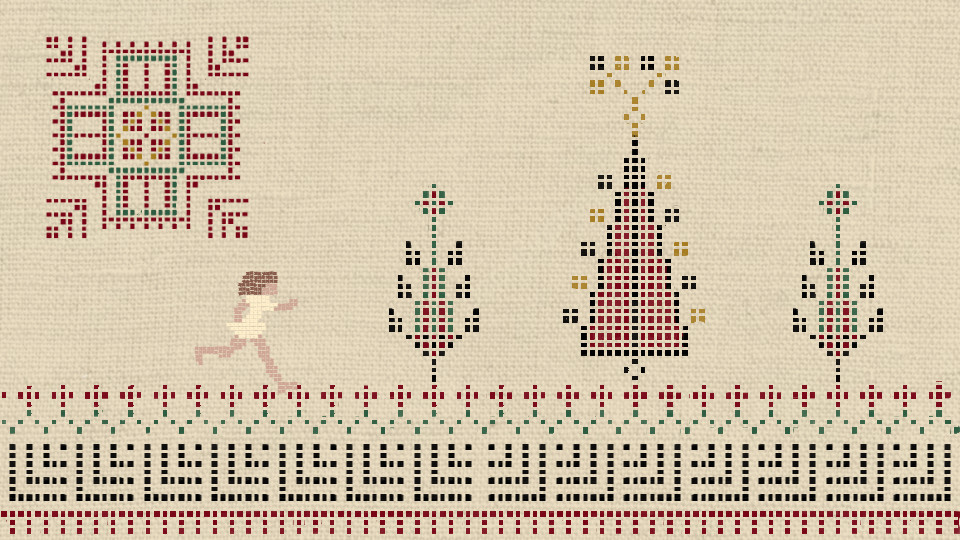 Mariam
Director: Dana Durr, Animation, Netherlands, Palestine, 5 mins.
Mariam undergoes a journey to find strength within herself through her culture and heritage, after the loss of her precious paradise.

Orthogonal
Director: Ollie Rankin, Animation, Canada, 4 mins.
A story of two young women from very different, but equally challenging backgrounds. They each break free from the families, traditions and expectations that are holding them back and set out to find themselves. 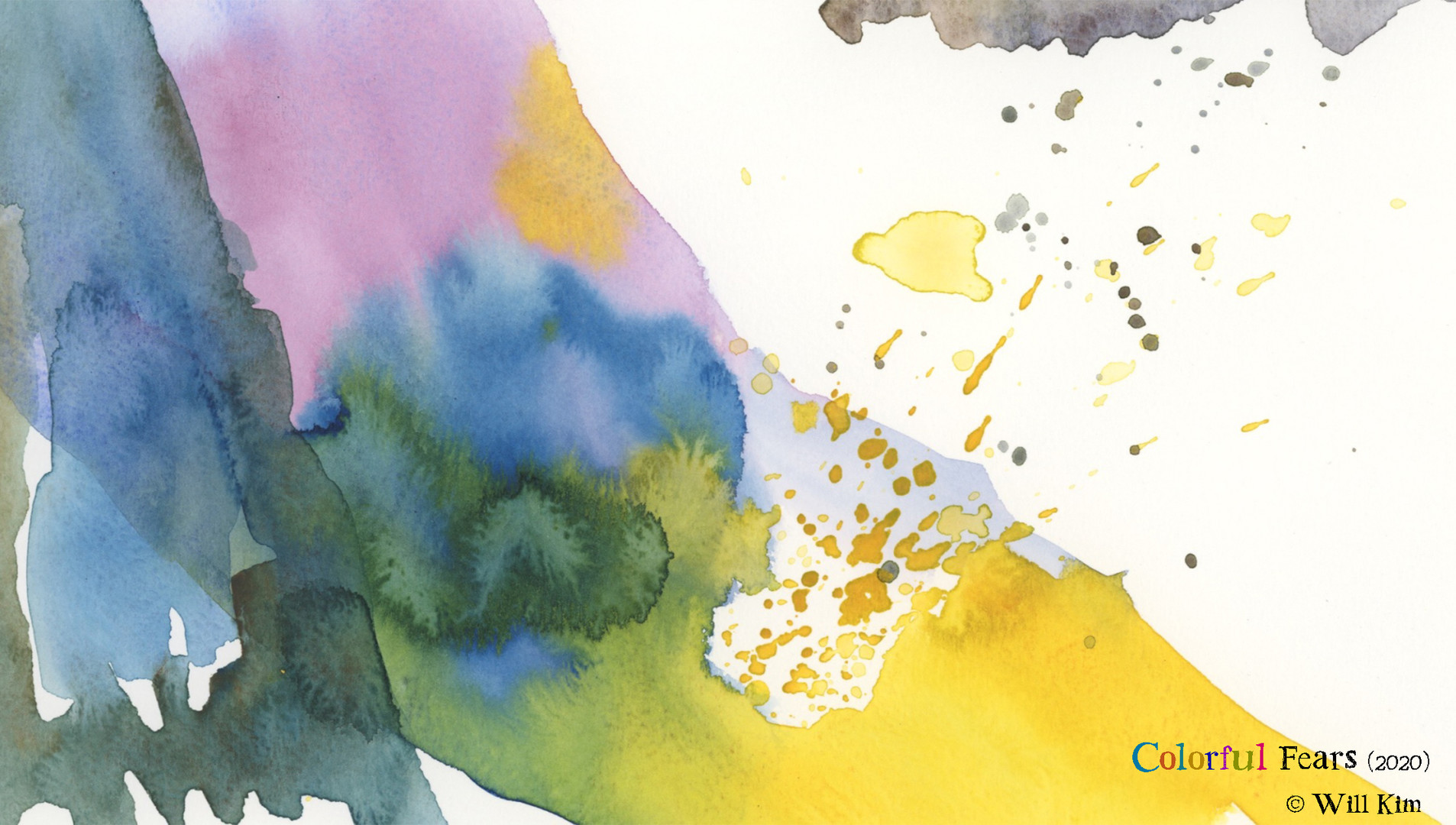 Colorful Fears
Director: Will Kim, Experimental, USA, 3 mins.
The filmmaker’s fears of his own creative tools, fake affection, betrayal, abstract imagination, and the cycle of the fears. Animated with watercolor on paper, the creative tools symbolized by a “hand” take on a journey of hurting and getting hurt. 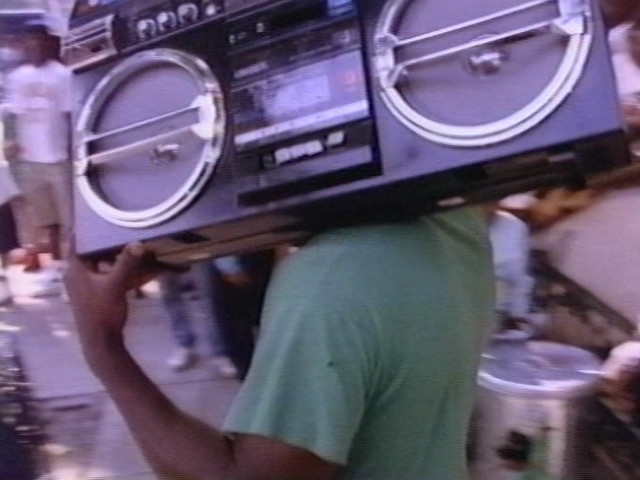 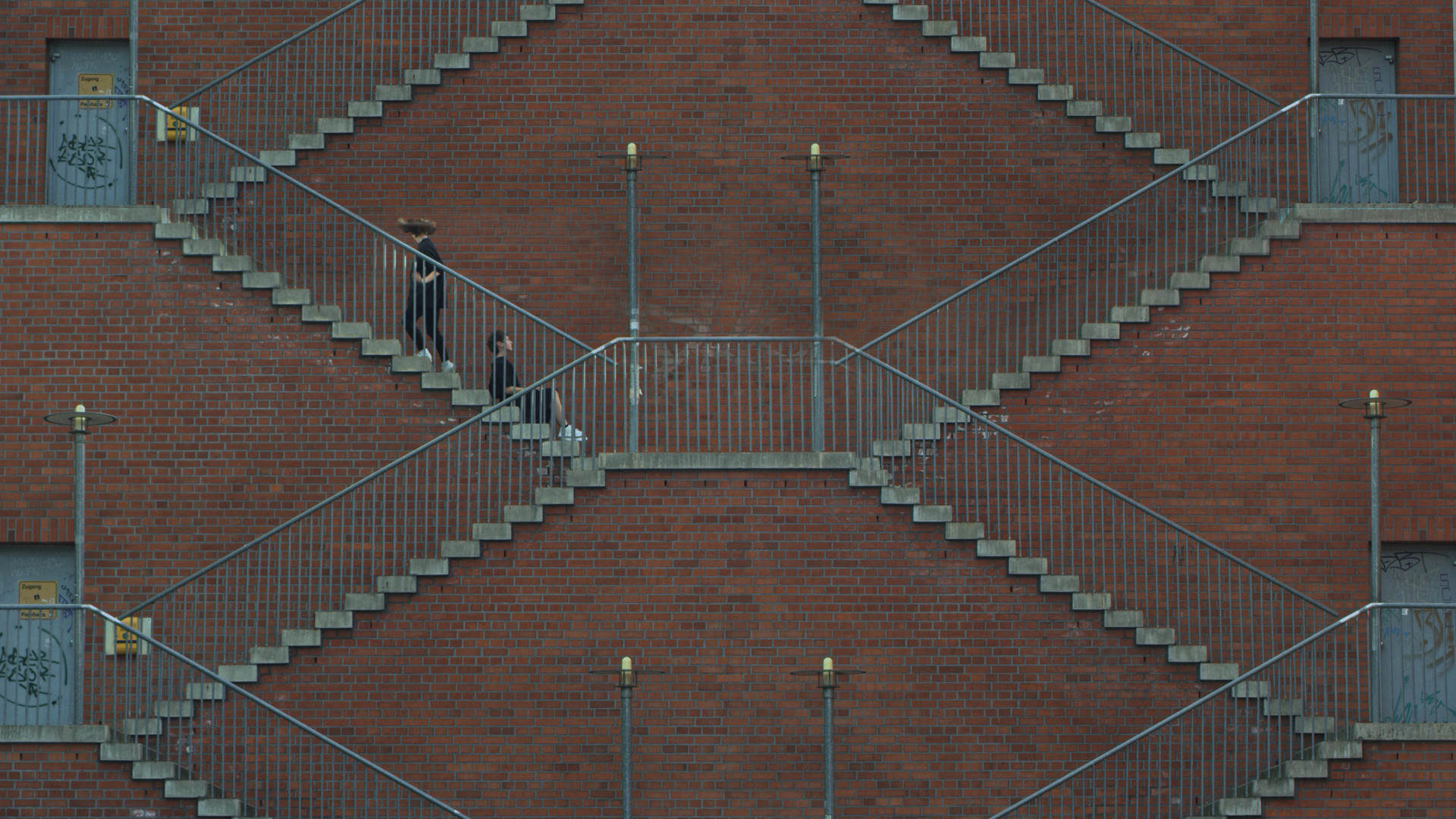 Lucie & the Robot – Beyond Now
Director: Adam Lynch, Music Video, Germany, 3 mins.
Beyond Now is a synth-pop song written collaboratively by the band members of Berlin-based Lucie & The Robot. Emerging from an unhealthy relationship, Beyond Now describes the gaps between past, present and future – reforming and reestablishing a sense of self. 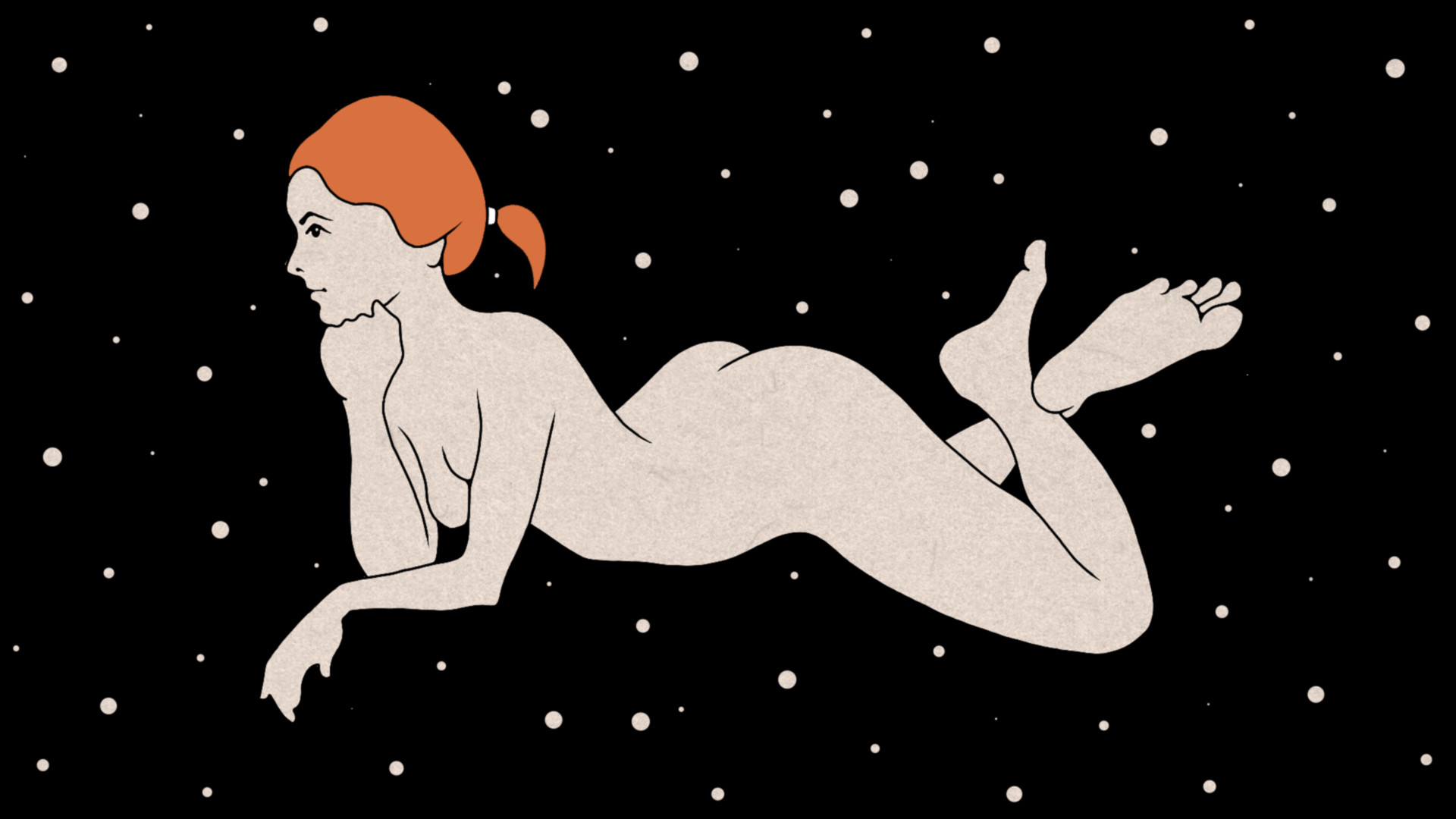 Lost Lula
Director: Steven Vander Meer, Music Video, USA, 3 mins.
Lost Lula is an extraordinary and dynamic composition of gorgeously drawn, ephemeral human figures that appear and dissolve into and out of whimsical lines and shapes, small birds and sometimes even other figures. The gracefully flowing visual feast is in perfect time to the sublime gourd banjo and guitar music of Pharis & Jason Romero. 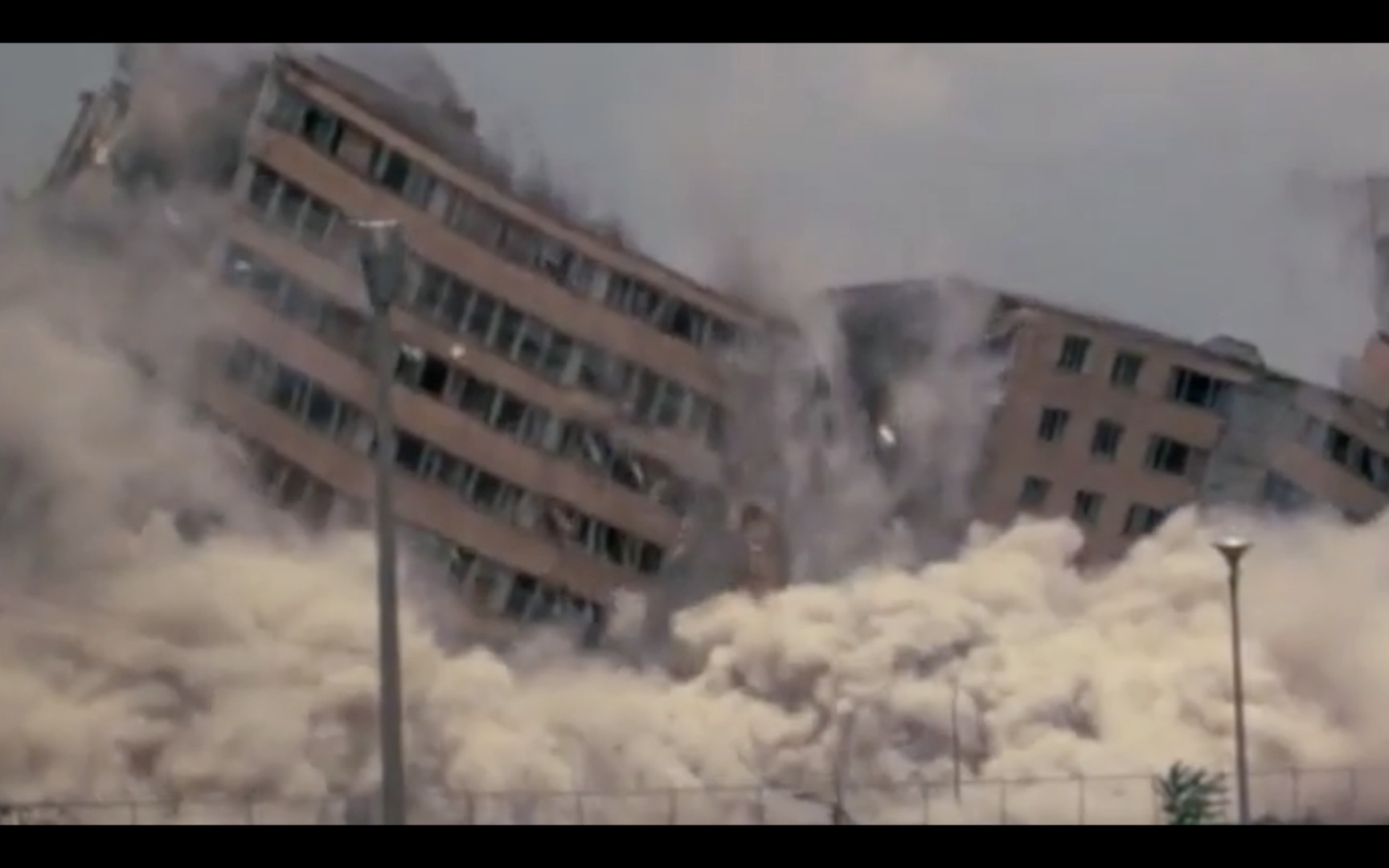 Dana Gavanski – I Talk to the Wind
Director: Gaia Alari, Music Video, Italy, 5 mins.
A traditional hand drawn frame per frame animated music video for Dana Gavanski’s cover of I Talk to the Wind (originally by King Crimson). Using a purely analog technique, the director and animator (one woman crew), wanted to recreate a 70s vibe that could match the voice of the artist. The whole video wants to reproduce the back-and-forth movement of the wind and it is, by all means, a loop. 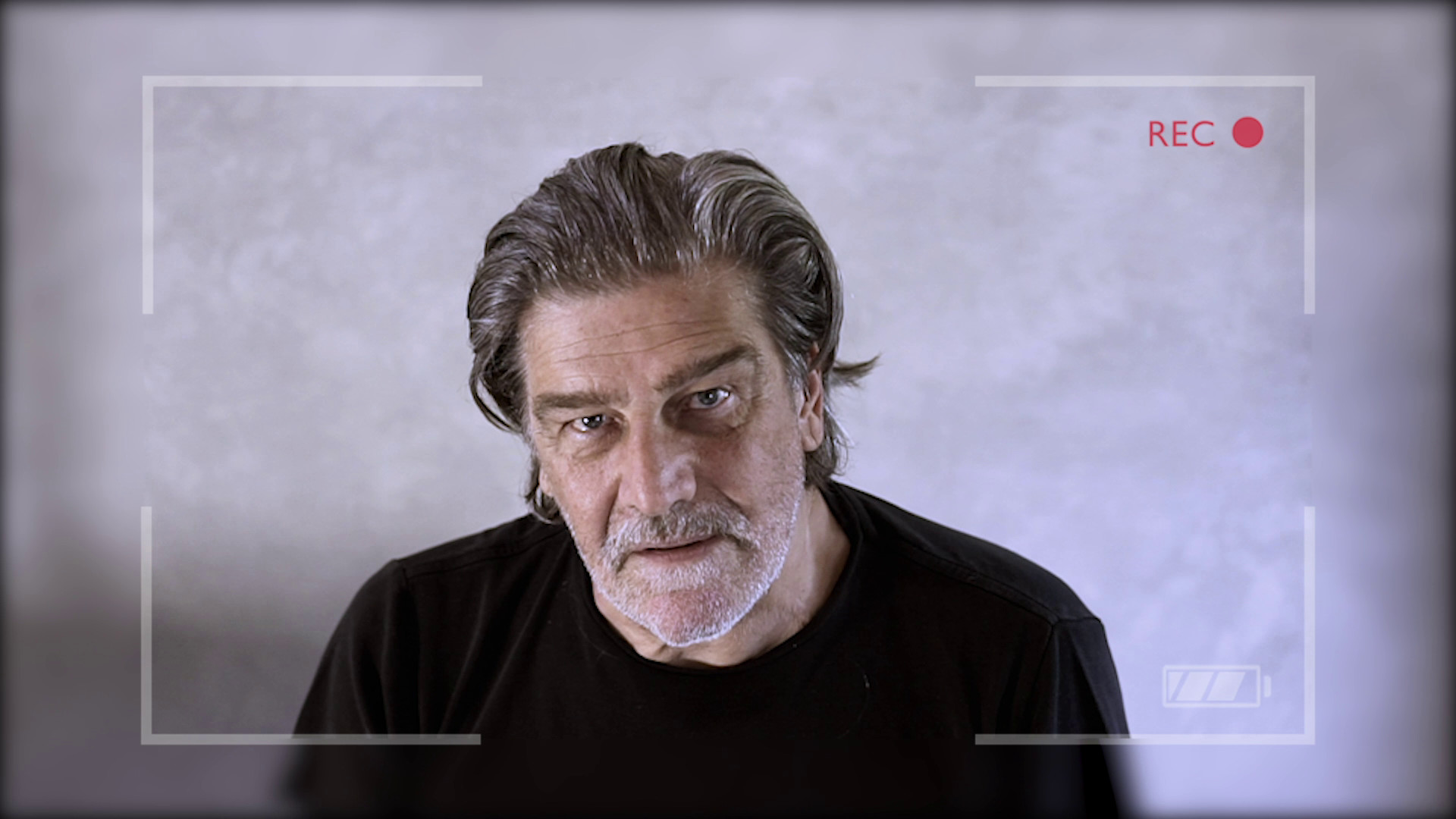 2020
Director: Tom Bessoir, Experimental, USA, 2 mins.
A film for 2020, a year to remember. 2020 different colors create a flicker film. Music by Thurston Moore (Sonic Youth). THIS FILM SHOULD BE PLAYED LOUD IN A DARK ROOM. 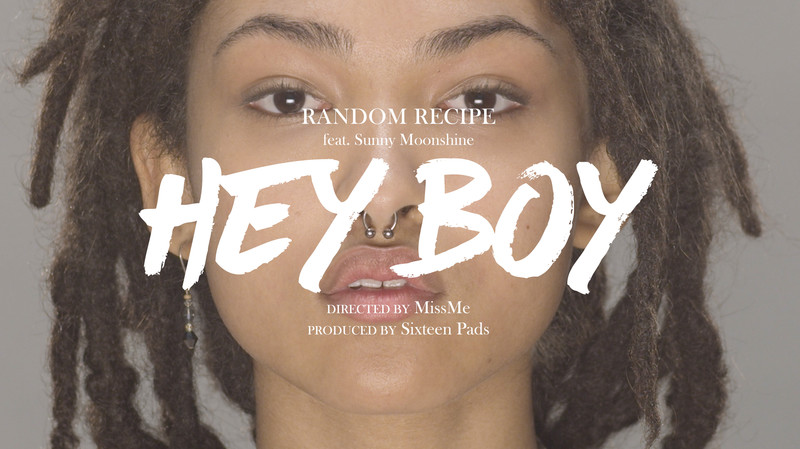 Hey Boy – Random Recipe
Director: MissMe, Music Video, Canada, 4 mins.
“The power of this work of art lies in the community of women gathered to express / put into images what is universal in the feminine experience – as complex, diverse, fluid and multiple as it can be,” explains singer Frannie Holder. At a time when womxn are (still) fighting for equality, Random Recipe have pushed the idea further by exploring a utopian world where womxn would be in power. 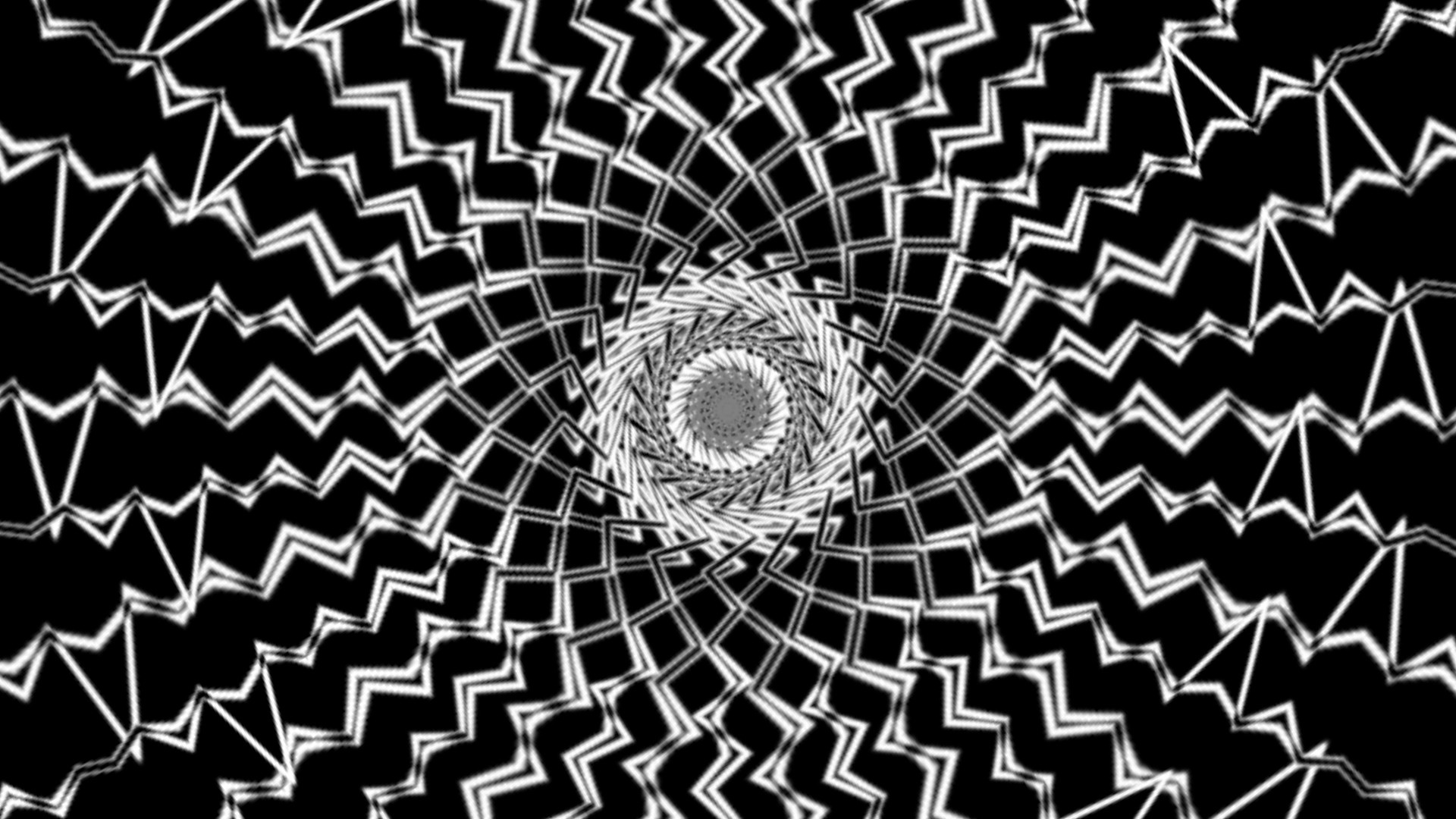 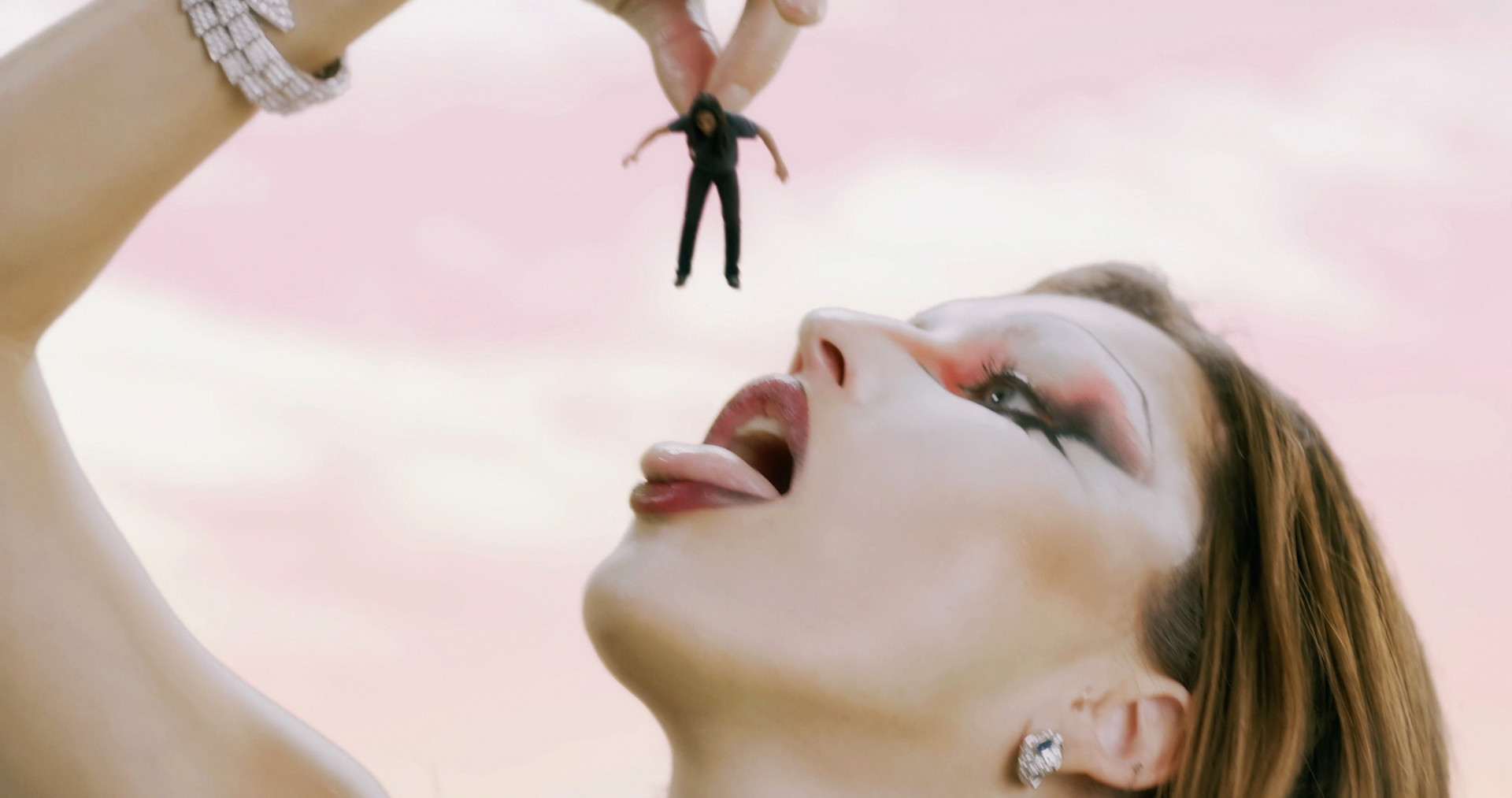 Oh My God
Director: Dana Boulos, Music Video, USA, 3 mins.
An alluring giant lives in the clouds and observes microscopic people in her free time — that is — before eating them.

Catgot
Director: Ho Tsz Wing, Animation, Hong Kong, 3 mins.
This film is a 2D hand-drawn abstract animation using the music, “Catgot” by ISAN. The film highlights the beauty of the colors, composition and transformations of the objects in the scene. I am inspired by those strong beats in the song which express the sounds of dripping water and smashing bubbles. Therefore, the water droplets undergo diverse transformations in the animation such as rotation and distortion. 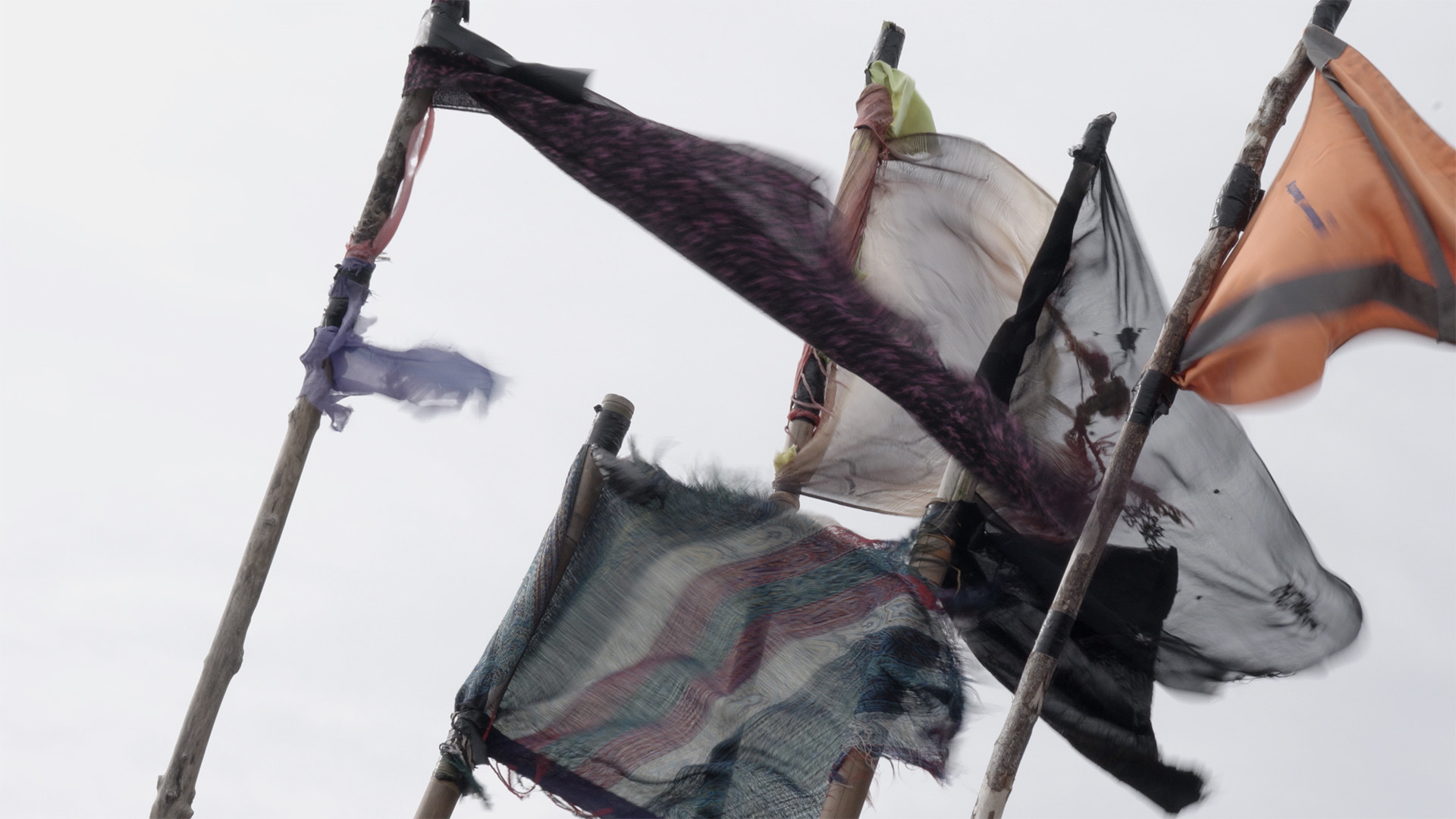 Pirate Bay
Director: Lisa Truttmann, Music Video, UK, Austria, 6 mins.
“Pirate Bay” is a film portrait of a beach-based fishing fleet in Hastings, in south-east England. A stroll on a stormy late winter’s day leads us along the dormant boats lying on the beach at low tide. Through the rhythmic montage and a jazz composition with its fragmented tones, the tourist seaside town becomes an abandoned battlefield studded by plundered ships. A sparse dystopia by Lisa Truttmann, with music by Guido Spannocchi on alto-sax, featuring Gina Schwarz on double bass. 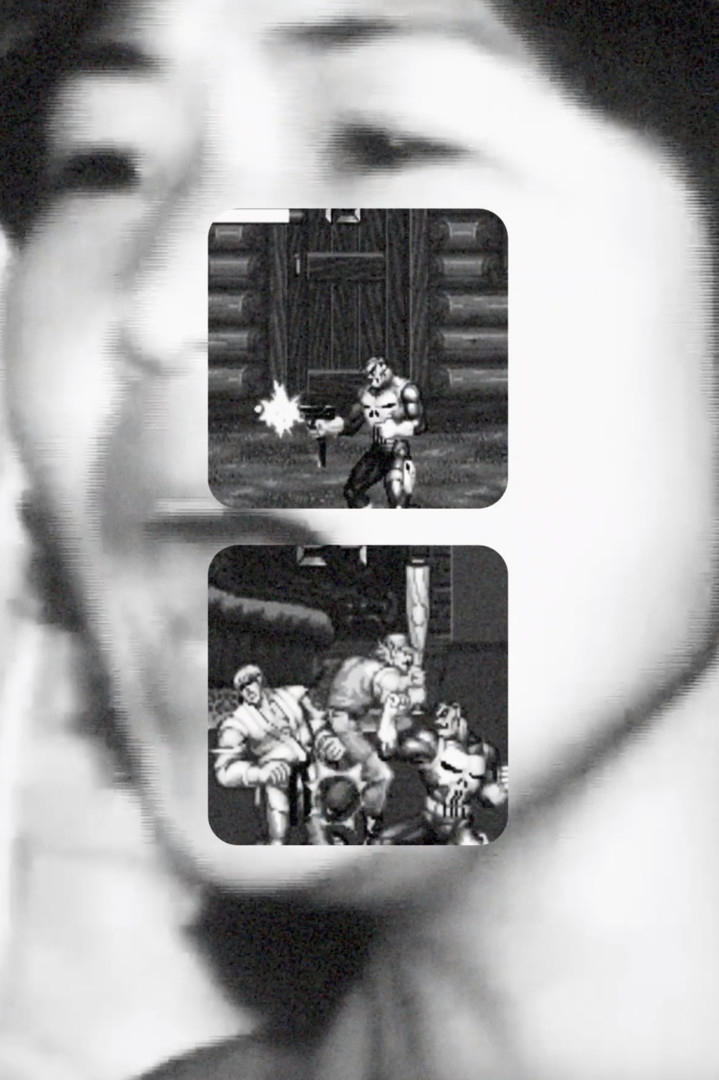 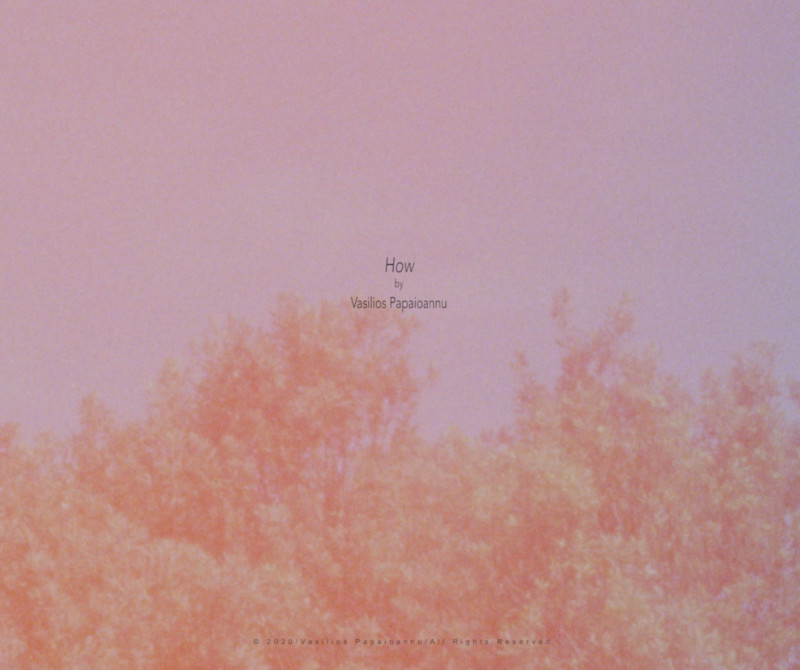 Where Can I Buy a Mask
Director: Underground Cassette 852, Music Video, Hong Kong, 2 mins.
“Where Can I Buy a Mask” is a song to record the phenomena of bulk purchasing surgical masks that appeared in January 2020 in Hong Kong, caused by the panic from the outbreak of COVID-19. Panicked people are purchasing surgical masks in different countries as precautions for the epidemic, and scalpers purchase the products for profit as usual. Folks who cannot afford a higher price can do nothing about this. 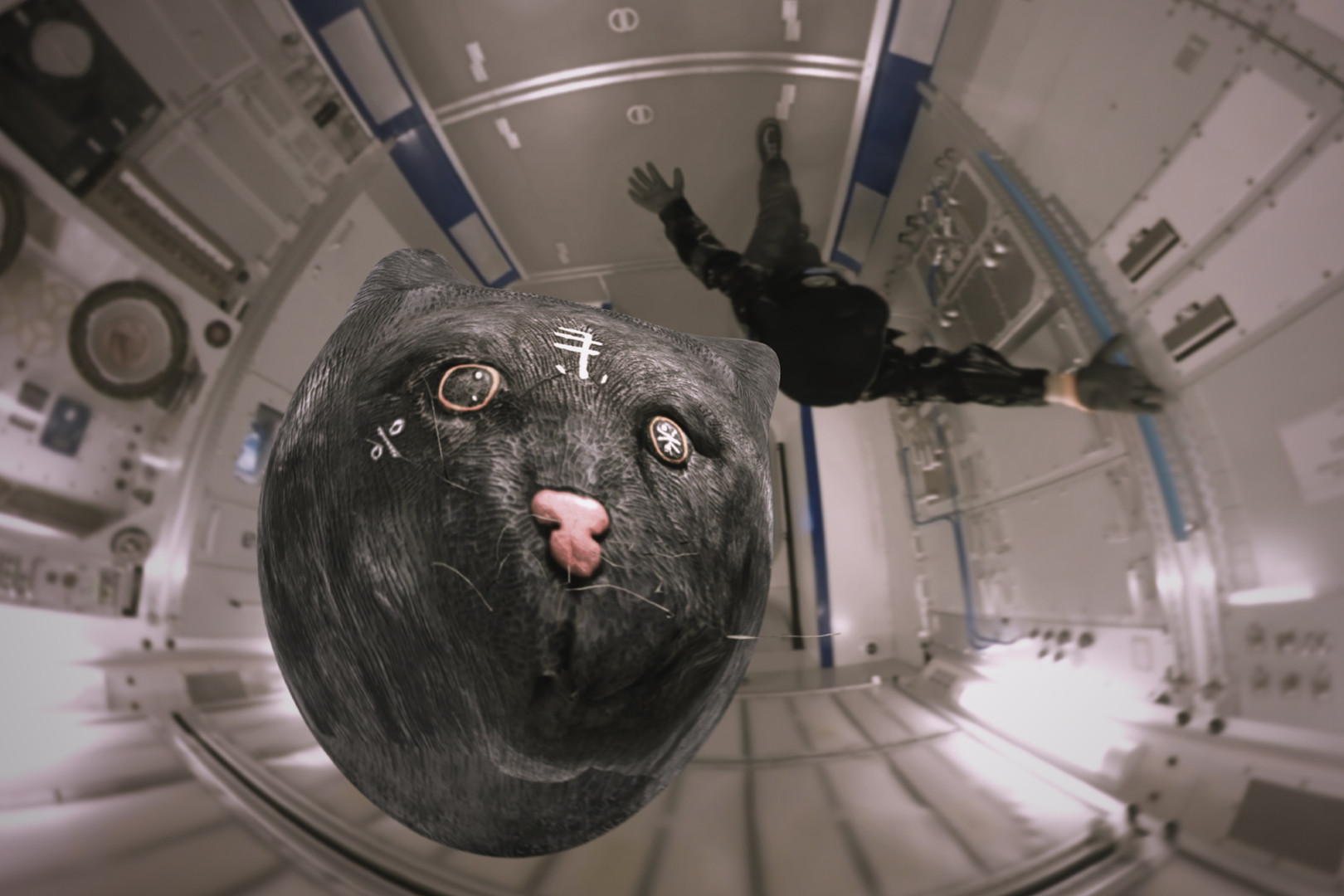 Onoe Caponoe The Message
Director: TOCHKA, Music Video, Japan, Netherlands, 2 mins.
The animals abandon a planet that has been made uninhabitable by climate change. The animals leave the planet on a spaceship to become refugees on another planet.