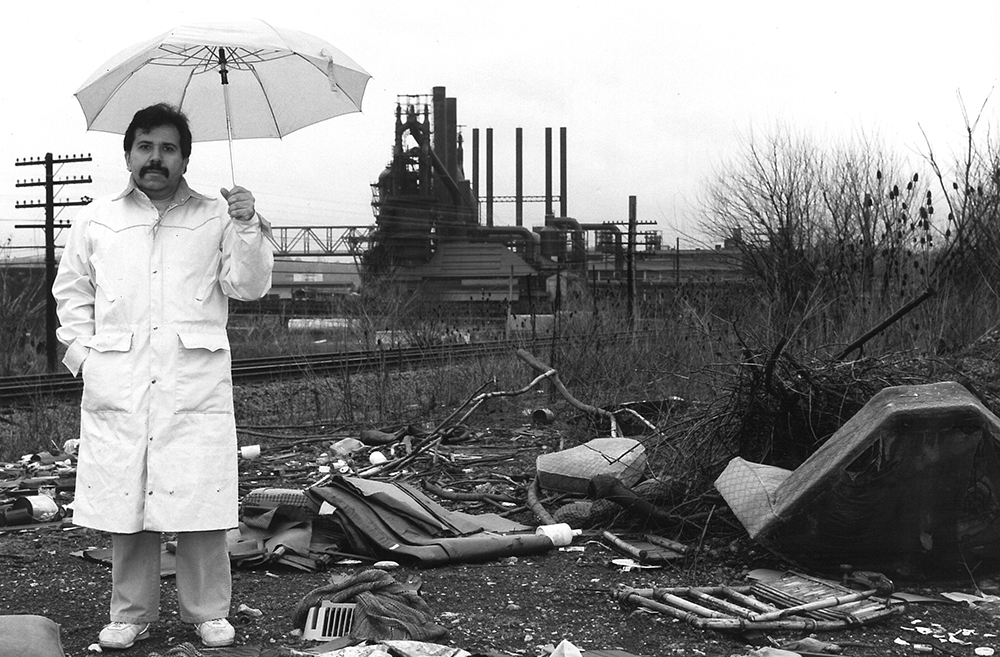 In Lightning Over Braddock, Buba plays himself as a struggling director trying to make a feature with narcissistic conman Sal (subject of the short Sweet Sal), but never manages to leave Braddock, where factories keep closing despite the heroic efforts of local unions. With its mix of politically potent documentary portraiture and hilarious comic re-enactments, it’s an un-categorizable work of art that has had a vast, if underground, influence on the future of documentary, anticipating the work of everyone from Michael Moore to The Daily Show.

“The subjects of Tony Buba’s film are unaffected; a woman washing windows and recalling her immigration from Italy, a used furniture salesman, steelworkers eating at Betty’s Corner Cafe. Through Mr. Buba’s camera lens simple images like these have become historic records of a way of life that is slowly diminishing.” The New York Times