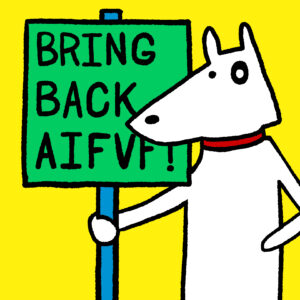 Back by popular demand, AIFVF returns this October with two years of incredible films. From October 15th – 24th, 2021 The Athens International Film and Video Festival (AIFVF) will present over 500 films in competition at the historic Athena Cinema in uptown Athens, OH. This year’s festival combines both the (originally postponed due to covid) AIFVF 2020 and AIFVF 2021 festivals and features an incredible array of special events and screenings.

AIFVF’s visiting artist lineup includes OU Film alumni and festival darling Tony Buba serving as the head of the documentary jury and presenting a selection of his works on Monday, October 18 at 7:00 PM. On Tuesday, October 19 at 7:15 PM, Amber Bemak and Nadia Granados, winners of AIFVF’s 2019 experimental top prize will present a solo program of their work revolving around queer love and loss, and the political ramifications of patriarchal, imperialist power. On Friday, October 22 at 7:30 PM, Sabine Gruffat will present her material driven works that cross analog and digital signals, as well as a live expanded cinema performance in collaboration with Bill Brown. Bill Brown will present a program of appropriated and reconfigured landscapes on Thursday, October 21, at 7:30 PM, with topics ranging from haunted houses and memorial architecture to outsider archaeology.

During the 10 days, over 40 feature length films and plethora of short films from across the globe will screen and compete in the annual festival with winners chosen by the independent jury, garnishing cash prizes and awards including Academy Qualifying status in select categories.

Founded in 1974, the Athens International Film + Video Festival has been presenting the best in
international film for 48 years. Known globally as a festival that supports cinema from independent, underground, and marginalized populations, the AIFVF represents the values that we share as a community. It is a champion of justice and provides a voice for underrepresented artists and viewpoints on a global level. For over four decades, the AIFVF has embraced experimental, narrative, animation, short-form, feature length and documentary films from every corner of the globe. The Athens International Film + Video Festival is administered by The Athens Center for Film and Video, a project of the College of Fine Arts at Ohio University. This year’s festival takes place October 15-24, 2021, at the historic Athena Cinema in downtown Athens. The full schedule and ticket information is available at www.athensfest.org.