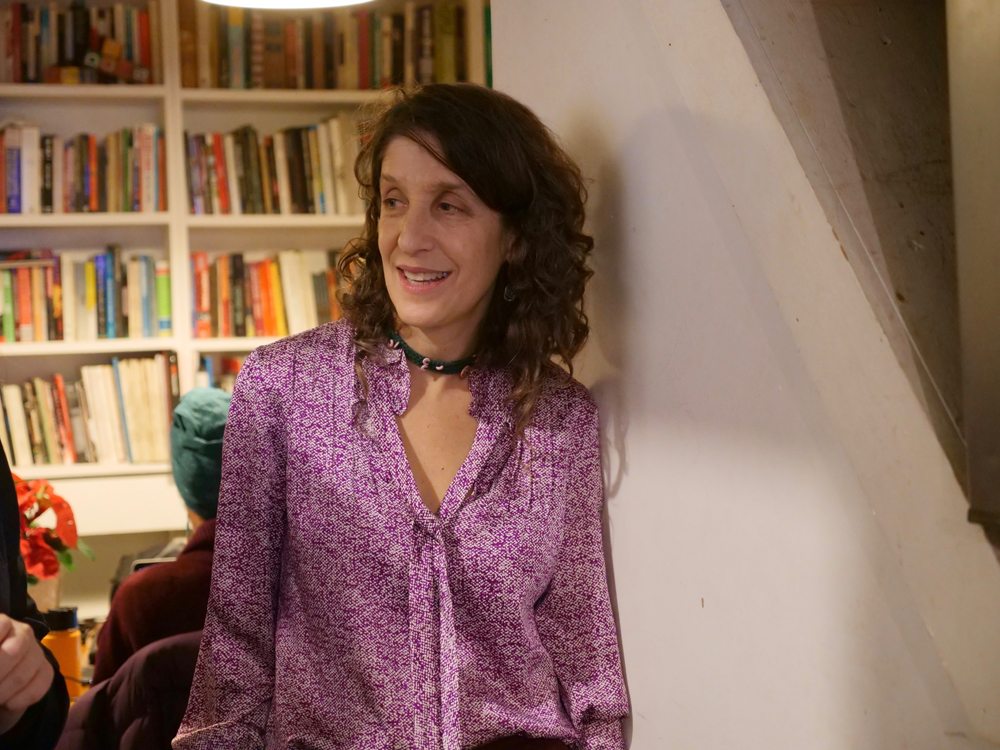 The Joy of Filming
a program of films by Lynne Sachs

Lynne Sachs makes films, installations, performances and web projects that explore the intricate relationship between personal observations and broader historical experiences by weaving together poetry, collage, painting, politics and layered sound design. Strongly committed to a dialogue between cinematic theory and practice, she searches for a rigorous play between image and sound, pushing the visual and aural textures in her work with every new project. Lynne discovered her love of filmmaking while living in San Francisco where she worked closely with artists Bruce Conner, Ernie Gehr, Gunvor Nelson, Barbara Hammer, Craig Baldwin and Trin T. Min-ha.

Lynne’s recent work embraces a hybrid form combining the non-fiction, experimental and fiction modes. In the words of NYC artist Kelly Spivey, “Lynne allows her real film ‘characters’ to explore storytelling from various subjectivities, various selves and other-selves, opening up, perhaps ironically, a more authentic portrayal of being alive during a specific time, in a specific situation or place. We learn that to burrow down into our ability to imagine another’s pain or joy, and then to perform these as part of our own exploration for the camera, yields a deeper intimacy than if we’d simply ‘told the truth.’ Lynne Sachs’s work can best be epitomized by her interests in intimacy, collaboration and space.” Both Your Day is My Night (2013) and The Washing Society (2018) are hybrid films that evolved from two-year New York City performance tours.

Sachs has made over 25 films which have screened at the New York Film Festival, the Sundance Film Festival and Toronto’s Images Festival among others. They have also been exhibited at the Museum of Modern Art, the Whitney, Walker Art Center, Wexner Center for the Arts and other venues nationally and internationally. The Buenos Aires International Festival of Independent Cinema, Festival International Nuevo Cine in Havana and the China Women’s Film Festival have all presented retrospectives of Sachs’ films. Lynne received a 2014 Guggenheim Fellowship in the Creative Arts. She lives in Brooklyn, New York with her husband filmmaker Mark Street. Together, they have two daughters, Maya Street-Sachs and Noa Street-Sachs.