Kapaemahu
Director: Hinaleimoana Wong-Kalu, Dean Hamer & Joe Wilson, Animation, USA, 8 mins.
Kapaemahu reveals the healing power of four mysterious stones on Waikiki Beach – and the legendary dual male and female spirits within them.
Long ago, four extraordinary individuals of both male and female spirit brought the healing arts from Tahiti to Hawaii. Beloved by the people for their gentle ways and miraculous cures, they imbued four giant boulders with their powers.  The stones still stand on what is now Waikiki Beach, but the true story behind them has been hidden – until now. Narrated in an ancient Hawaiian dialect, Kapaemahu brings this powerful legend back to life in vivid animation, seen through the eyes of a curious child. 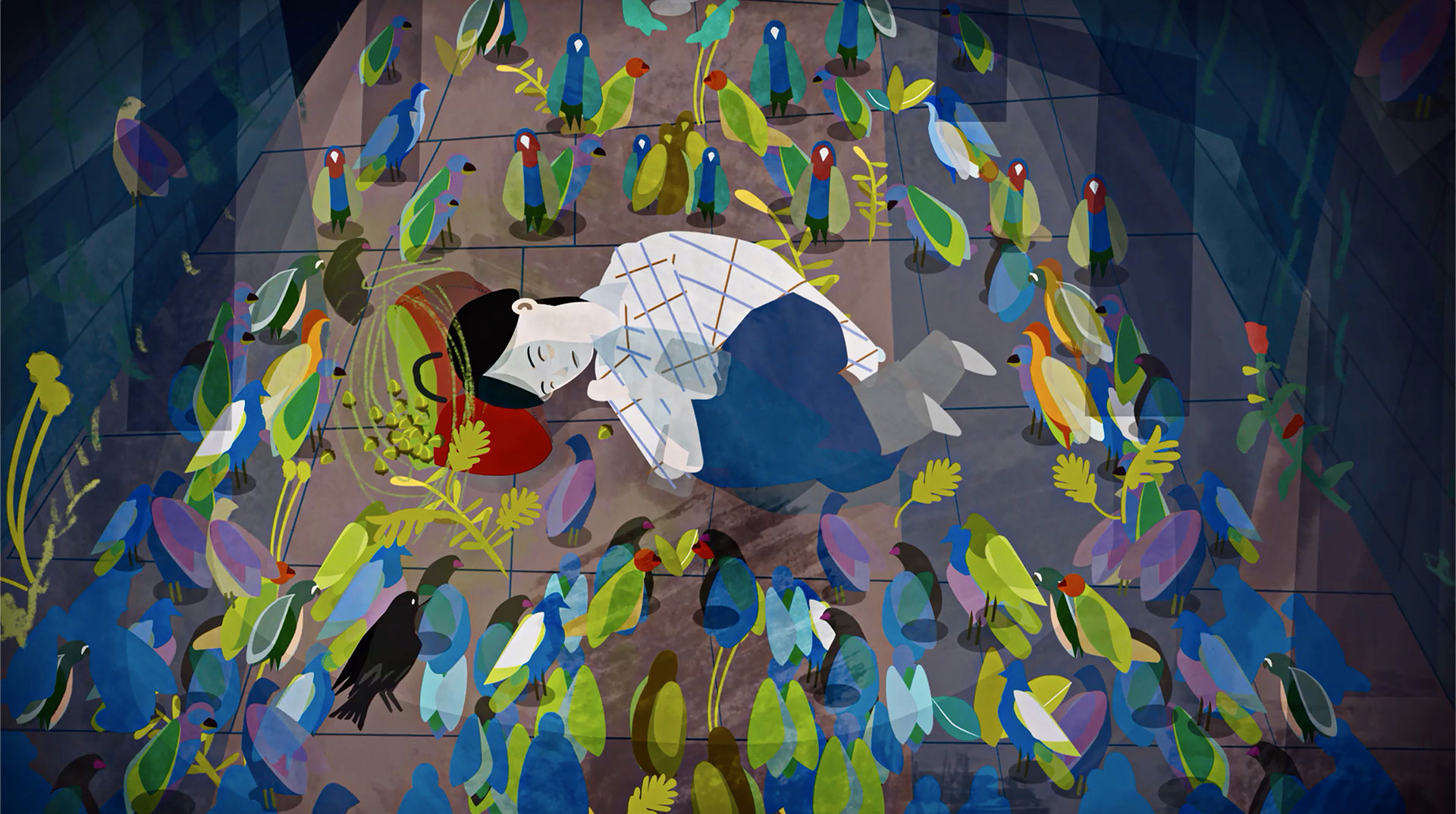 The Promise
Director: Chi Thai, Animation, UK, 7 mins.
The Promise is an urban fairy tale that plays out on the mean streets of a mean city. Here, a young thief tries to snatch an old woman’s bag but she cannot have it without giving something in return: The Promise. It is the beginning of a journey that will change her life and a chance to change the world for good. 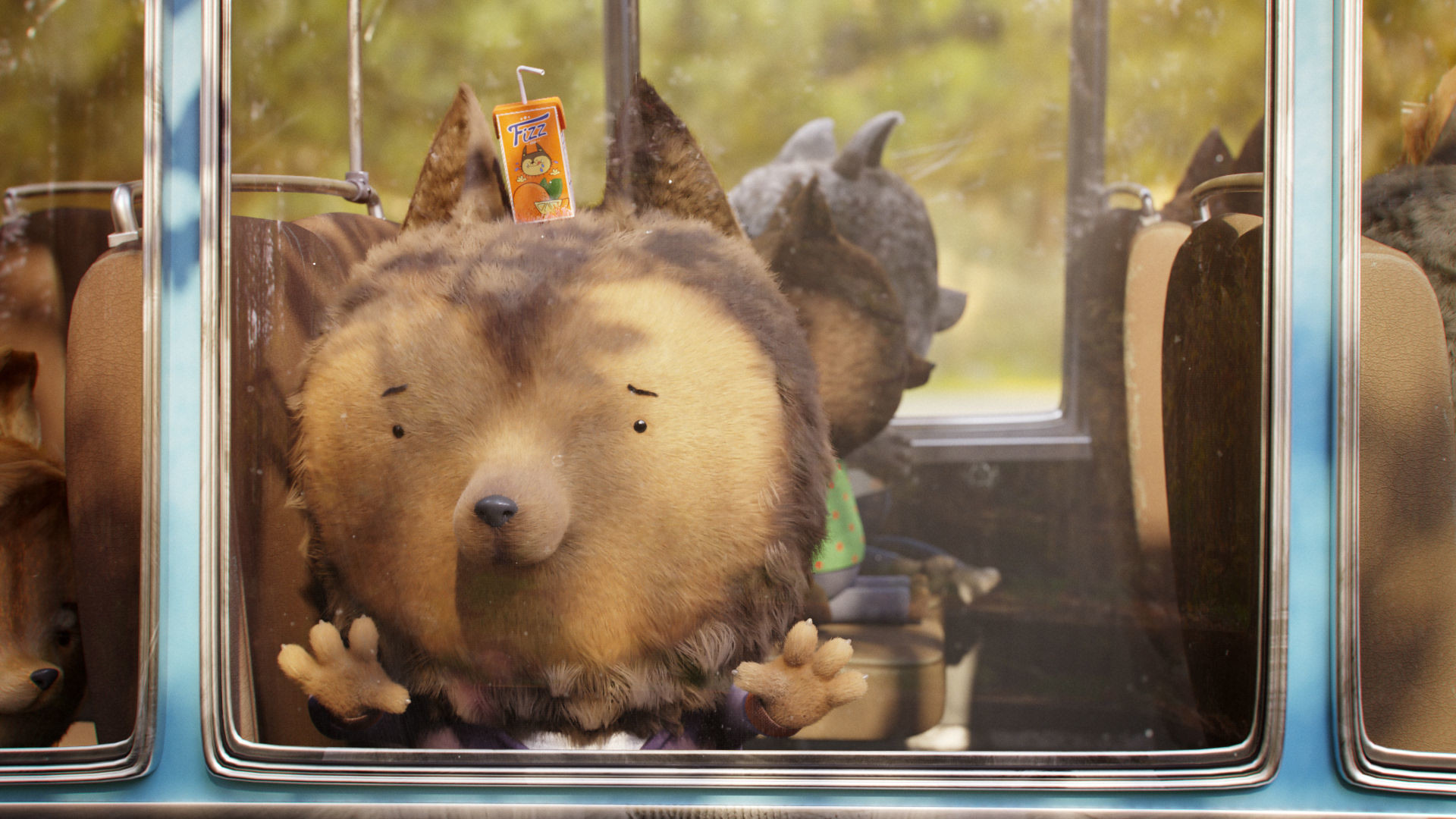 Tobi and the Turbobus
Director: Verena Fels, Animation, Germany, 7 mins.
You fly with no seat! That’s the rule in the Turbobus. To get one is a hard day job for a young wolf on his turbo-journey to find real friendship.

A Lockdown Lullaby
Director: Adam Warmington, Documentary, USA, 4 mins.
This film is about the magic and madness of lockdown, as seen through the eyes of my 6 year old boy. Kids have a new-normal that, from what I can tell, is equal parts confusing and amazing. Dylan put it best “Things are pretty weird right now… but also kind of awesome.”

The Source of the Mountains
Director: Adrien Communier, Camille Di Dio, Benjamin Francois, Pierre Gorichon, Briag Mallat & Marianne Moisy, Animation, France, 7 mins.
The Achard-Picchus are festive little creatures. They live a carefree daily life in sync with the mountains. When the mountains come, their oasis rises and they are lifted up into a winter climate. The Paccha-Picchus are very fond of the winter climate, which is vital for them. But one day, the mountains stop coming and the restless Kinko decides to go looking for them.

A Piñata’s Life
Director: Elena Heller, Marina Kunz, Kai Müri, & Raphael Pfyffer, Animation, Switzerland, 5 mins.
A piñata experiences the same fateful day over and over again, on which it is bought by a girl and finds death at her garden party. Shocked, the piñata tries to break out of this eternal cycle. 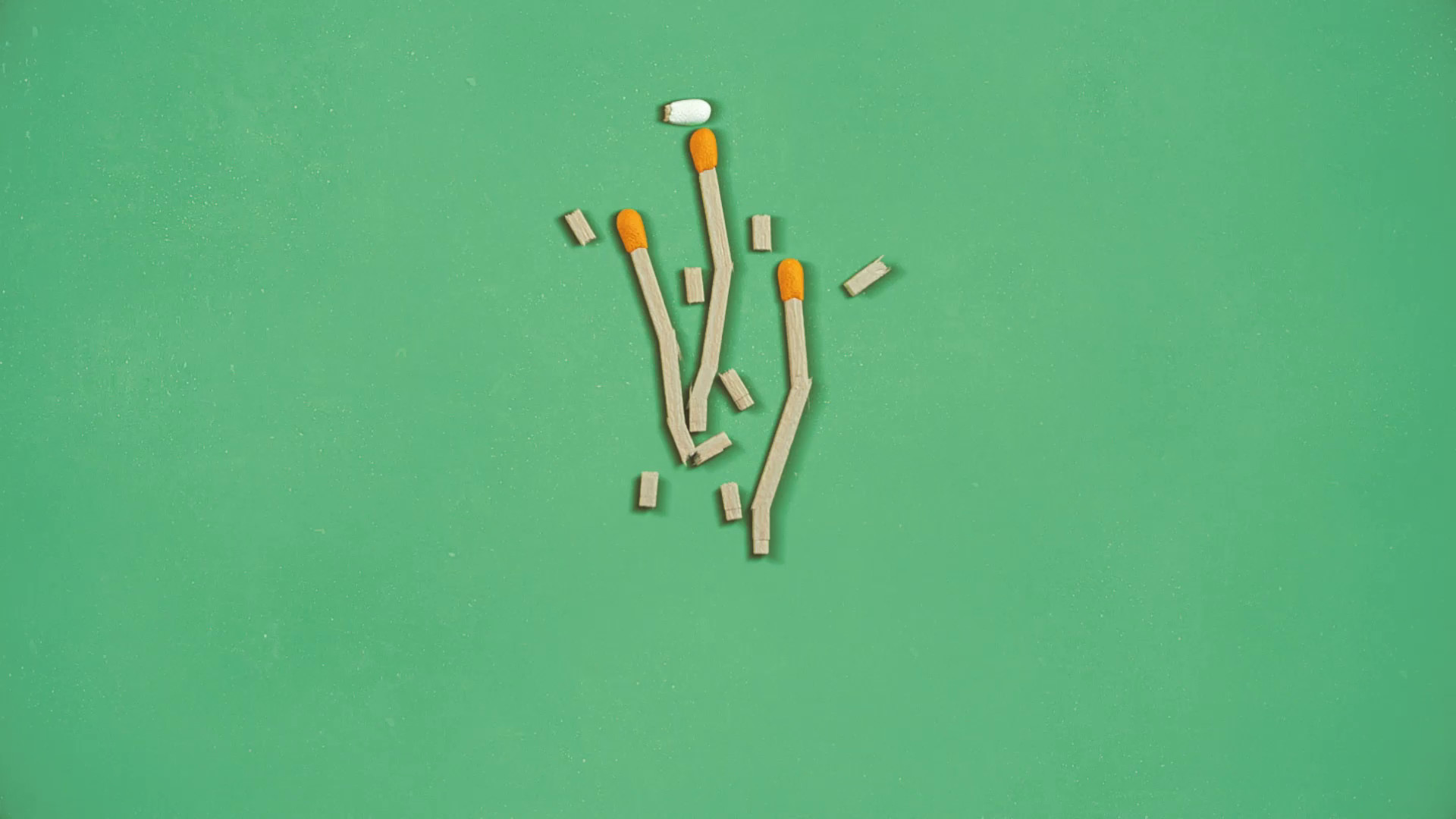 Mitch-Match Series #06
Director: Géza M. Tóth, Animation, Hungary, 2 mins.
There’s only one matchstick left in the box. This matchstick, this ordinary thing is the protagonist of MITCH-MATCH series. The main character is a blue headed matchstick, that embarks on a journey in every episode and always returns to the box at the end of lots of strange, playful and imaginative adventures. A single matchstick, an easy-to-use object and at the same time opportunity for creative experiences that evokes everyone’s fantasy world. 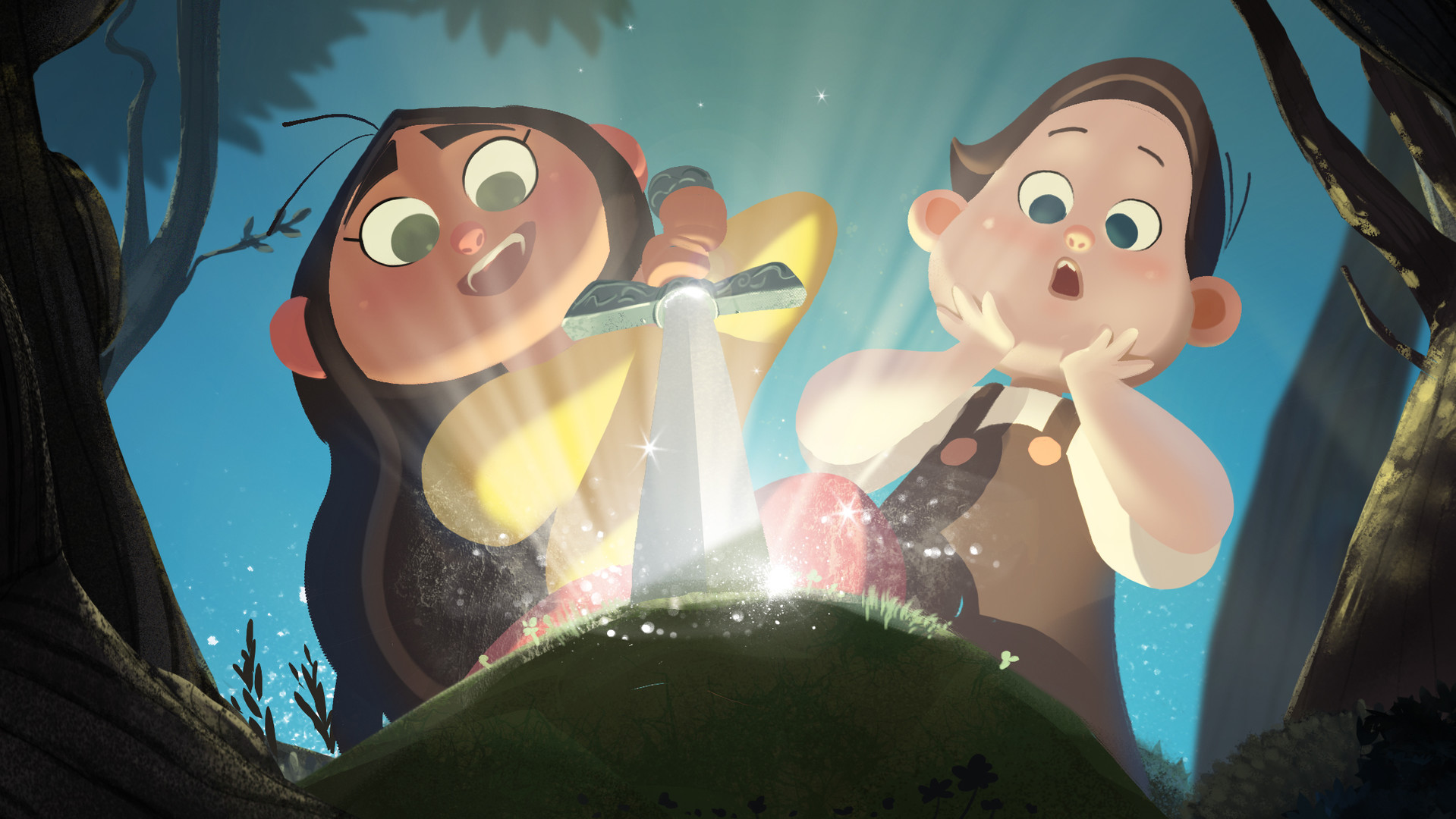 Cinema Rex
Director: Eliran Mayan, Animation, Israel, 8 mins.
Jerusalem in 1938 is a divided city. At the “cinema Rex”, a Jewish boy and an Arab girl will form a soulful friendship based on one mutual language – the language of cinema. 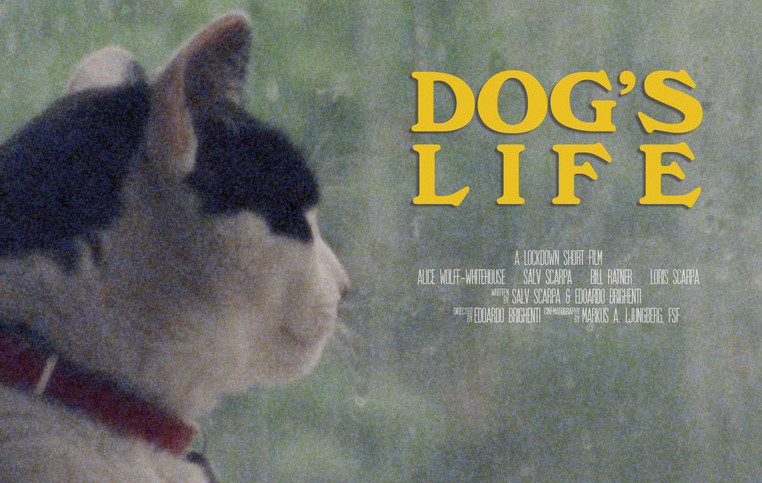 Dog’s Life
Director: Edoardo Maria Brighenti, Experimental, UK, 2 mins.
The grass is alway greener on the other side…
What happens when a cat dreams of being a dog instead? 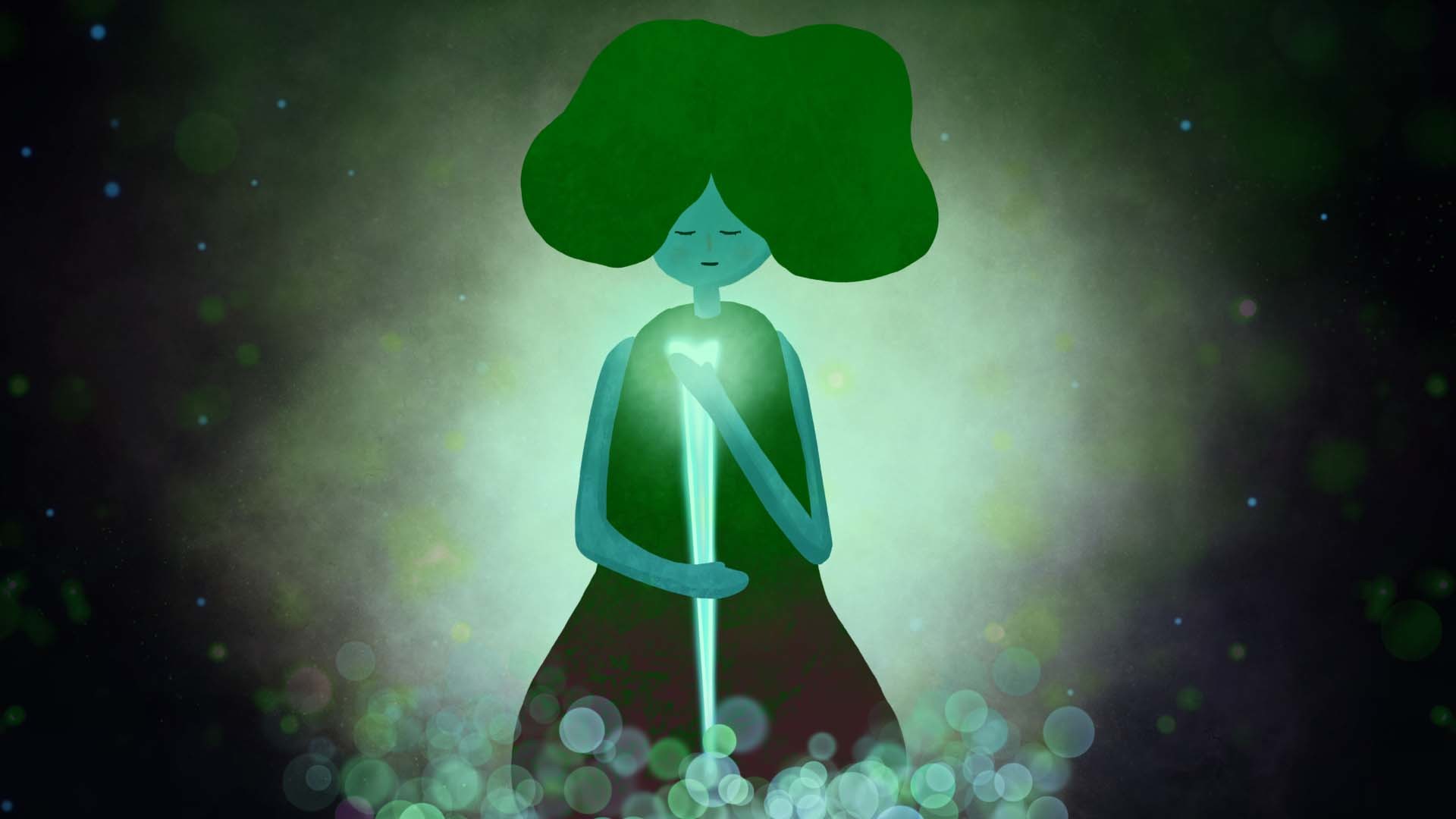 Fisherman
Director: Lewis Barfoot & Narae Kim, Animation, Ireland, USA, 5 mins.
Fisherman’ follows a young girl’s mission to discover her ancestor’s land. Aided by magical energies, the creatures of the sea and the will of the ancient ocean, our heroine sets off on a quest. Stowed away in a fisherman’s boat, she crosses the wild sea. A storm catapults her cheek to cheek with the ocean bed, where instead of drowning, she discovers her gift for shapeshifting and awakens her true power within. 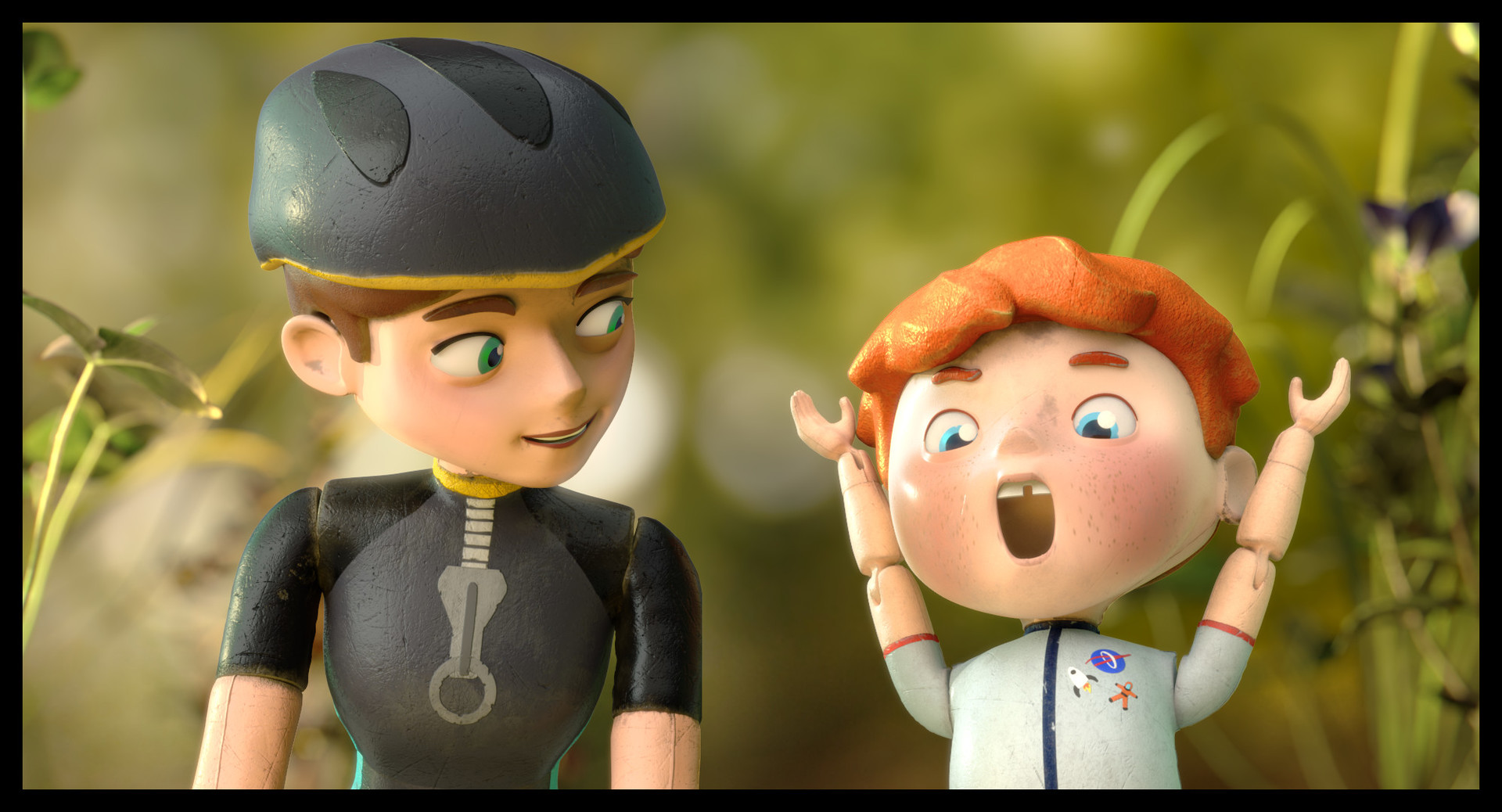 A Tiny Tale
Director: Sylvain Cuvillier, Chloé Bourdic, Théophile Coursimault, Noémie Halberstam, Maÿlis Mosny & Zijing Ye, Animation, France, 8 mins.
A dog gets abandoned on the side of the road. Attached to a street light, he stays alone until the day he meets a young astronaut wannabe and a professional cyclist who keeps on trying to beat her highest score. 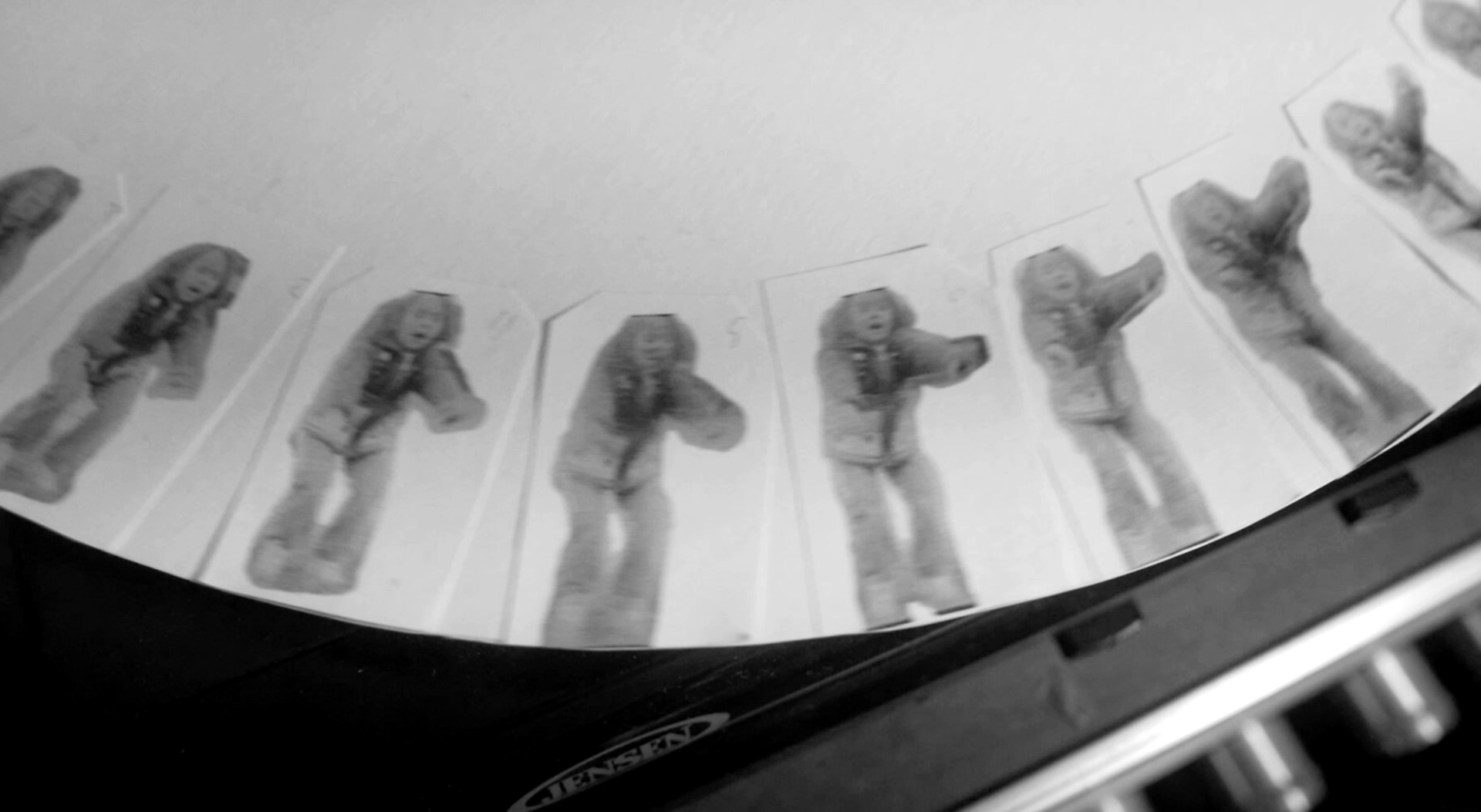 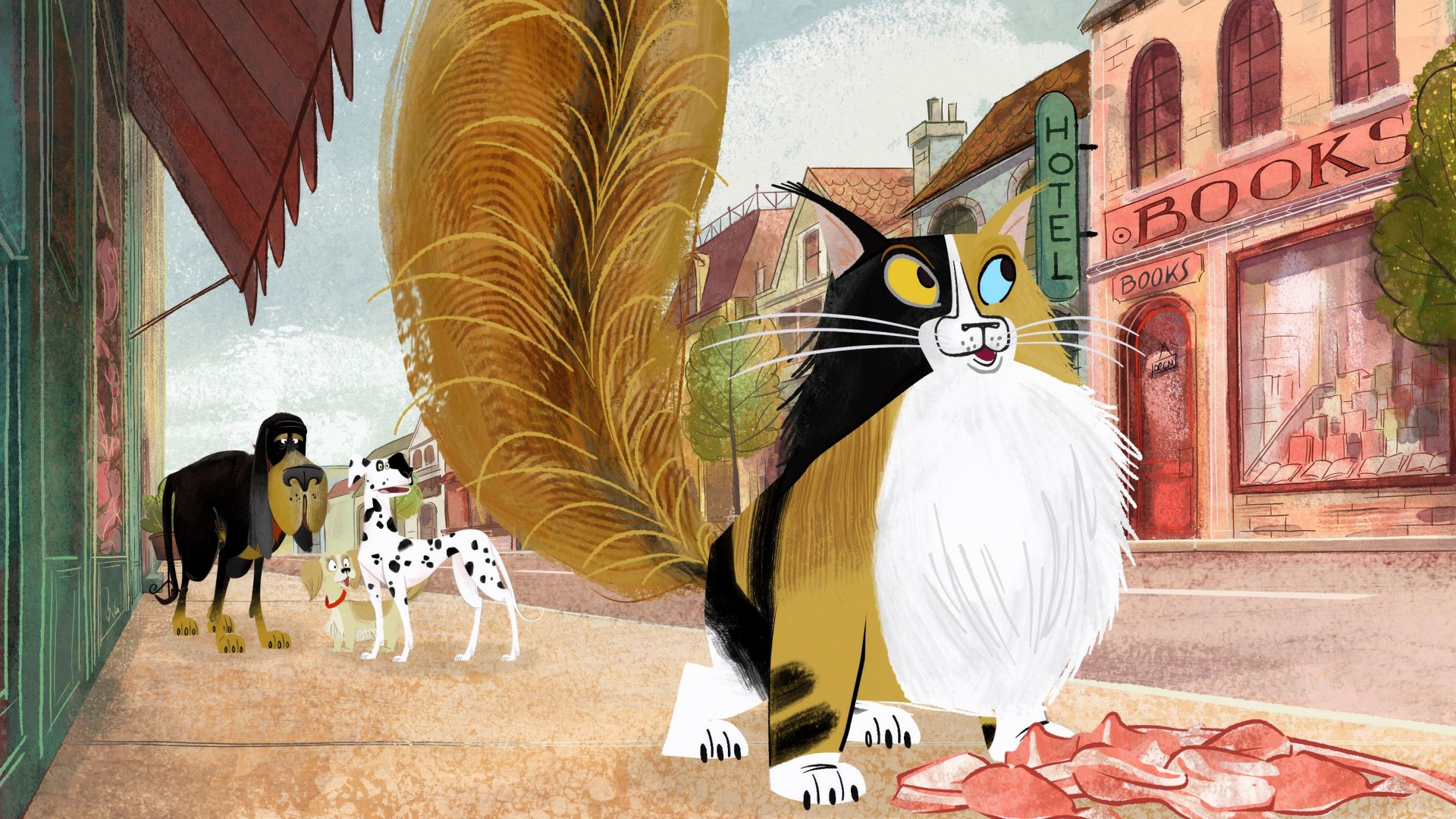 A Cat Called Jam
Director: Lorraine Lordan, Animation, Ireland, 8 mins.
‘A Cat Called Jam’ tells the story of Jam, a Maine Coon cat who sees
himself differently to how the rest of the world sees him.

Once Upon a Head
Director: A. Nuodi, Animation, China, 8 mins.
The grandfather decides to go to barber shop in order to get a new haircut for next day’s chorus after picking Dong Dong from school. However, Dong Dong cannot stay still and wants to escape to have some fun while grandfather prevents him from getting out. Then a conflict between grandfather and grandson begins. 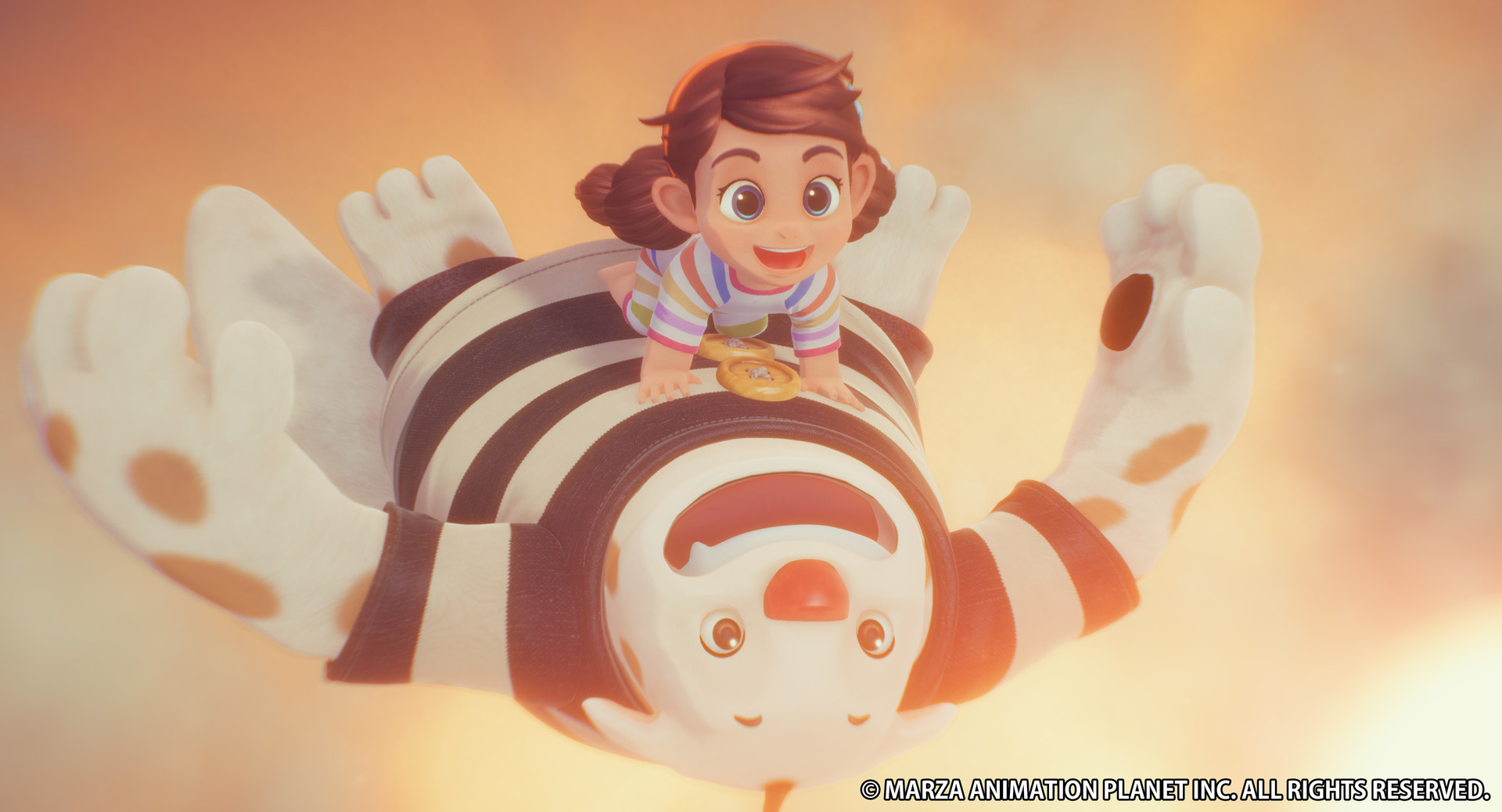 The Peak
Director: Satoshi Takahashi, Animation, Japan, 5 mins.
In the middle of the night… Sarah wakes up as she wants to go to the bathroom.