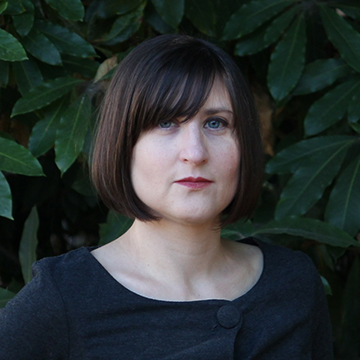 Laura Kraning’s moving image work navigates landscape as a repository for memory, cultural mythology, and the technological sublime. Exploring absence and the fluidity of time, she evokes liminal spaces of neither past, nor present, but a landscape of the imagination. Laura’s work has screened widely at international film festivals, museums, galleries and micro-cinemas. She is a recipient of the Princess Grace Foundation John H. Johnson Film Award, the Leon Speakers Award and Jury Awards at the Ann Arbor Film Festival, the Film House Award at the Athens International Film and Video Festival, and the Jury Award for Short Film at the Rencontres Internationales Sciences & Cinémas Film Festival. She recently relocated from Los Angeles to Buffalo, where she is a Clinical Assistant Professor in the Department of Media Study at University at Buffalo.

Works to be screened

At the last drive-in movie theater in Los Angeles, dislocated Hollywood images filled with apocalyptic angst float within the desolate nocturnal landscape of the City of Industry. In this border zone, re-framed and mirrored projections collide with the displaced radio broadcast soundtrack, revealing overlapping realities at the intersection of nostalgia and alienation.

Tracing the metaphysical undercurrents of a Southern California landscape scarred by fire, Devil’s Gate unearths a subconscious of the landscape, as the echoes of the past reverberate in the present and infect our perception and experience of place. The film merges an observational portrait of a landscape transformed by fire, ash and water with a fragmentary textual narrative, providing a view into man’s obsession with controlling and transcending the forces of nature and spirit.

Within the machine landscape of Terminal Island, the textural strata of a 100 year old boat shop provides a glimpse into Los Angeles Harbor’s disappearing past. Often recast as a backdrop for fictional crime dramas, the scenic details of the last boatyard evoke imaginary departures and a hidden world at sea.

Mirroring sky and earth, solitary mechanical sentinels follow the sun, while metal grids rain in a parched California landscape. Irradiant Field is a visual and sonic portrait at the intersection of nature and machine – a desert mirage of light, wind, water, and metallic reflection.

Posted in Distinguished Juror, Out of Competition, Special Events 2018