Raiders of The Lost Ark: The Adaptation – Special Midnight Screening- 2016 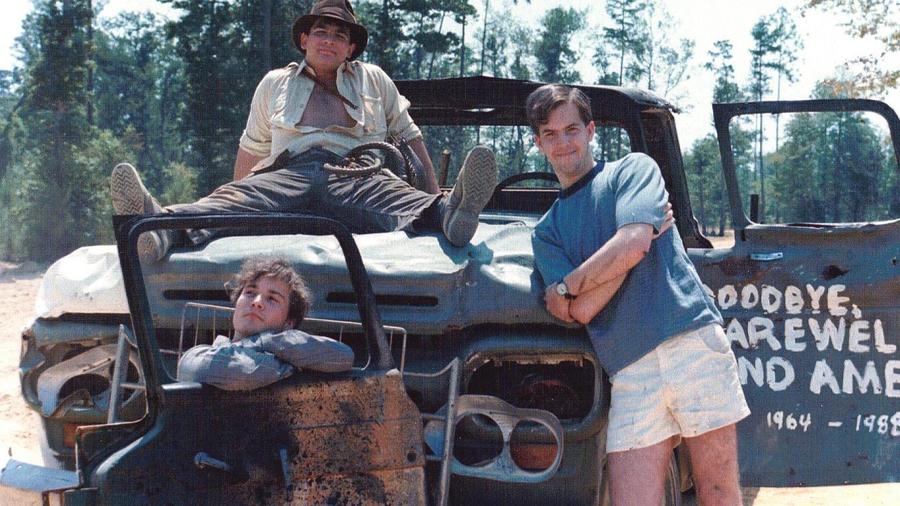 In 1982, in Ocean Springs, Mississippi, Chris Strompolos, eleven, asked Eric Zala, twelve, a question: “Would you like to help me do a remake Raiders of the Lost Ark?  I’m playing Indiana Jones.”

And they did it.

Every shot, every line of dialogue, every stunt. They borrowed and collected costumes, convinced neighborhood kids to wear grass skirts and play natives, cast a fifteen-year-old as Indys love interest, rounded up seven thousand snakes (sort of), built the Ark, the Idol, the huge boulder, found a desert in Mississippi, and melted the bad guys faces off.

Chris Strompolos and Eric Zala have garnered legions of fans around the world, received worldwide press and praise from the film industry for remaking Steven Spielberg’s blockbuster, RAIDERS OF THE LOST ARK, a 20 million dollar Hollywood classic for a mere $5,000 when they were teenagers.

Their fan film is now considered a cult classic. As of January 2014, after ten years of touring and lecturing, the film has only screened in just over 100 locations. Chris Strompolos and Eric Zala, the driving creative team behind the Raiders Adaptation, have managed to translate their childhood epic – coined by one writer as “the ultimate love letter” – into a successful touring package of film education, inspirational lectures, and fundraising power for charities, micro-cinemas, colleges, universities and film workshops all over the world.