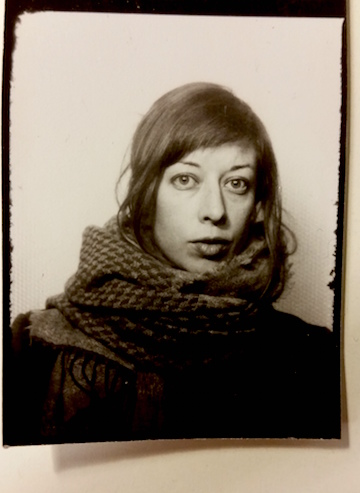 Bio
Margaret Rorison is a filmmaker and curator from Baltimore, Maryland. Her work often comes from solitary walks through rural and urban landscapes, using in-camera editing techniques and field recordings to create form and find structure. She is interested in the visceral nature of memory and it’s dialogue within space and experience. Sound, walking and travel are important components to her films. Her work has been exhibited at Anthology Film Archives, Ann Arbor Film Festival, CROSSROADS, Edinburgh International Film Festival, Images Festival, Miami PULSE Art Fair, Mono No Aware VI & VII, Fylkingen, Microscope Gallery, The Moscow Museum of Modern Art and The High Zero Festival. In 2012, Rorison co-founded the experimental film and workshop series, Sight Unseen and has been an active curator of the series since then. She currently works for the Maryland Film Festival as a programming consultant in Baltimore City, Maryland.

Studies of Lichtenberg and The Klingenberg Power Plant, in what is formerly known as East Berlin. Soundtrack by Joke Lanz

The filmmaker returns to her old neighborhood in Brooklyn, New York. The footage captures a landscape known as The Gowanus Canal, an area of Brooklyn, which was once inhabited by a productive port and industrial compound. The area is now overly polluted and is officially registered as a superfund site by the US environmental protection agency. The film’s soundtrack incorporates personal narrations as well as recordings of the filmmaker’s grandfather who recalls his own memories of New York City. Additional sounds include recordings of a lumberyard and wind in Northern Vermont, keyboard, recordings of the projector projecting the film itself.

An ode to the restricted space and surveillance in the skies. Sound derived from a live performance by Mario de Vega Shot in Los Angeles, Summer 2015

My grandfather, Harry Bennett was a huge influence on me as a young artist and thinker. He was a painter and had made a living as an illustrator for gothic and romance novels in the 1960s. In the last month of his life, he was omitted to the hospital with terminal conditions. Unable to film him, I began to capture the harvest moon outside his bedroom window as a way to cope with the emotions I was experiencing. A few hours after the footage had been shot, my grandfather passed away. This footage serves as a document of his last breaths. Soundtrack composed by Josh Millrod. Funes el memorioso

The final footage of a painter, slowed down to lengthen the memory. Sound by Audrey Chen (voice and cello) & Flandrew Fleisenberg (percussion)

A series of moments captured in room 139. Intimate spaces of time spent with my grandmother, Margaret during a month long recovery in a rehabilitation center in Baltimore, Maryland.

This piece was originally made as a performance with a live collage soundtrack. This is an ode to my grandfather, Harry Bennett and our shared interest in solitude and landscape.

This short film is a study of the wind turbines along the shores of Amager, Copenhagen. Triple exposed on one roll of color film, then finding four generations of grain. The soundtrack is a recorded live improvisation by artist Mario de Vega using unstable media and acoustic resonators.

This film documents long walks throughout Berlin, Germany during the cold days of April 2013. The film is edited in camera and composed of single frame snapshots along with longer moments of glance, captured on one 100’ roll of film. The title comes from a story by Robert Walser.

City Police Scanner on Monday April 27 against precious moments of gathering, celebration and protest in Baltimore from April 28 – May 3, 2015.